One-Round Penalty for Men "The Master" Nguyen: "I Never Do Nothing Wrong!" 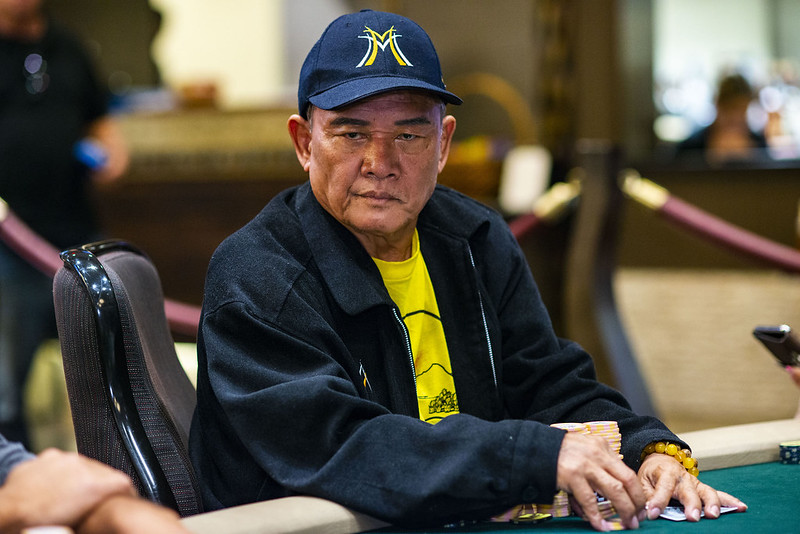 Several times today, Men “The Master” Nguyen has been pulled aside by tournament staff about a few situations that have taken place.

The most common has been regarding the time-extension chips. Several times today, Nguyen has waited a few seconds until after the buzzer has sounded before folding his cards, leading to confusion as to whether he owes a time-extension chip. He has been forced to give it in, although not without an argument.

Nguyen has also refused to stack his chips in denominations that are easy for players and dealers to count, despite being told repeatedly to do so. This, too, has resulted in a few warnings from the tournament staff.

Recently, Nguyen has been announcing illegal raise amounts. During the last level, 10,000-20,000 with a 20,000 big blind ante, Nguyen announced 14,000 as an opening amount. It was ultimately ruled just a call, but players were a bit frustrated at the amount of time it took to sort the situation out because Nguyen was sticking to his guns. A little later during this level, with a raise to 60,000 from Jesse Yaginuma before him, Nguyen announced “38,000” and then put forward chips totaling 140,000. The floor was called again, Nguyen repeatedly said he was making it “38,000,” but ultimately, again, this was ruled a call. After the hand finished and Nguyen was done causing a bit of a stir, he was issued a one-round penalty.

“What did I do wrong?” Nguyen said, pleading with tournament staff. “I never do nothing wrong!”