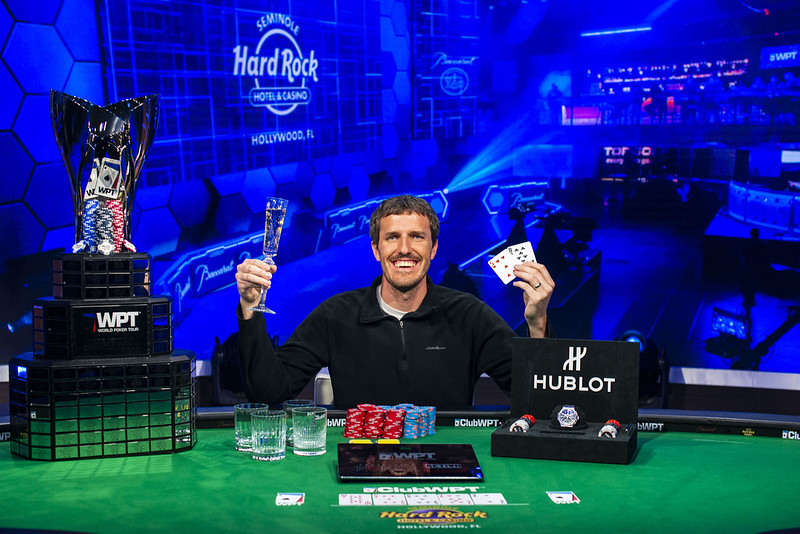 A long and strange season finally came to a close on Tuesday night with Brek Schutten not only scoring his first WPT cash, but winning a title. He took down the WPT Seminole Hard Rock Poker Showdown for almost $1.3 million. Schutten may now be a member of the WPT Champions Club, but over the last year he’s been on the pandemic front lines as an intensive care nurse.

Schutten also mixes in some poker and came into the final table second in chips. Not only is he now a WPT champion, the 32-year-old player from Grand Rapids, Michigan, also won the largest Main Tour field in history with 2,482 entries and a $7.9 million prize pool.

“One word, surreal,” he said after winning. “You play a tournament and everybody except one person ends up disappointed at the end and this time, I’m the person who’s not disappointed.”

The win brings some joy and relief after such a trying year. His time working on his poker skills and preparing for the final table also paid off.

“It’s just rewarding in that sense,” he says. “I’ve put in time at the hospital and saw COVID first-hand quite a bit. Then, things start to open back up and I go down to Florida, and to win the thing is an amazing feeling.” 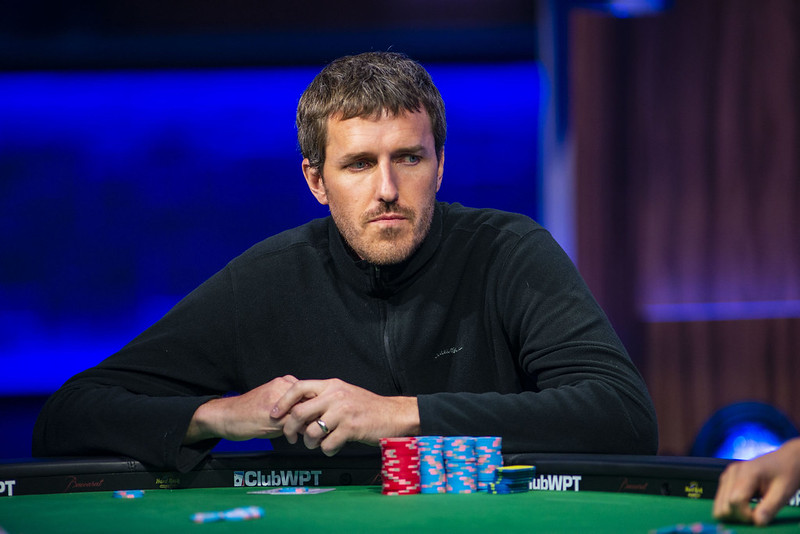 In interviews before the final table, Schutten said he never dreamed of making it this far in the tournament. He first became interested in the game six years ago after hearing an ad on the radio for a poker tournament. That intrigued him and he jumped in the action. Prior to the Showdown, his poker resumé included $646,000 in live tournament winnings. That record has certainly been padded now.

As the day played out on Tuesday, Schutten just seemed to pick up pot after pot and eliminated four of the other five players. An early key hand developed between Schutten and fellow chip leader Sonny Franco. After a Franco raise to 1 million from the dealer button, Schutten reraised to 3.5 million with pocket Queens.

Franco called and the flop brought

. Schutten bet 2.3 million and Franco called. The turn brought the

and Schutten bet 4 million. After using a time chip, Franco made that 9 million. After some thought, Schutten moved all in for 34.4 million and forced Franco to fold. It was a pivotal hand that rocketed Schutten’s chip stack higher.

“I remember thinking when I shoved Queens there, ‘this is not the right play no matter what, but this is such a big spot, I don’t want to face a river shove if a spade or Ace got there,’” he says. “I think the spot got a little too big for me but I was happy to take the pot down.”

After eliminating Viet Vo in third place, Schutten found himself heads-up with Steven Snyder for the title. He held a chip lead of about 40 big blinds and continued to pound at his opponent throughout heads-up play. The final hand saw Schutten raise to 2.5 million and Snyder call. The flop brought

for three of a kind and Snyder raised to 4.8 million with

for the nut flush draw. 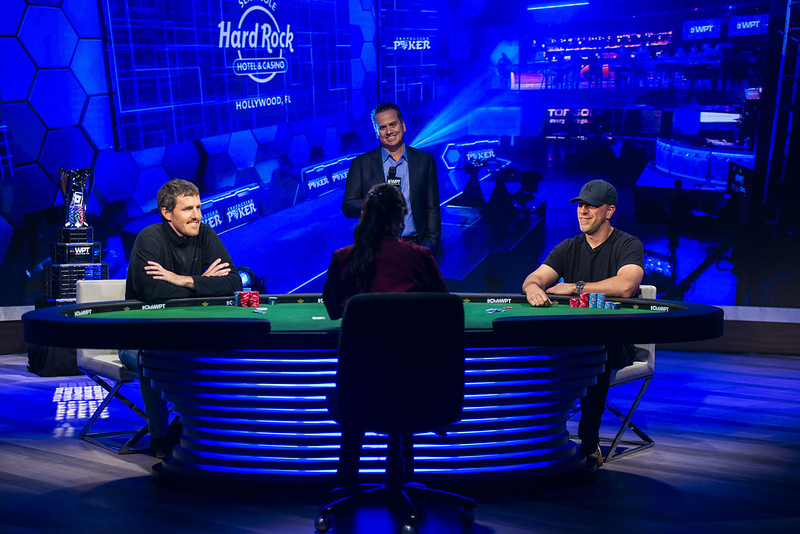 Schutten called and the turn brought the

. Snyder bet 5.2 million and Schutten then moved all in for 61.8 million. His opponent used a time chip to consider his options before finally calling the last of his 21.9 million. The river brought the

and Schutten became the latest player to add his name to the Mike Sexton WPT Champions Cup. For runner-up, Snyder scored $899,295.

After returning to the Showdown action, Schutten had to adjust his gameplan a bit as the final table played out.

“My expectations were that I would be able to do well in position against Sonny,” he says. “It didn’t really happen like I expected because I didn’t get many hands against him. But then, people were doubling up and I got some cards to knock some people out. [Heads-up], I tried to get a bunch of chips in the pot and steamroll at that point. It seemed to work out.”

A man of faith, Schutten plans to use some of his winnings to pay for Christian schools for his four children and donate some to the schools as well. Another portion will also go toward retirement and investing. He also promised his wife a unique present after the win.

“She came to ARIA and was so enthralled with the heated toilet seat,” he says. “So we’ve got to go with that.”

As play was winding down in the PokerGO Studio, scoring a WPT title was all Schutten could envision. He sat in a position any poker player would envy, with an opportunity to accomplish a dream. There just seemed to be no thoughts of not getting it done.

“I’ve made it to heads-up and it’s good either way, whether I win or lose,” he told his wife during the dinner break. “Right now, it’s about winning. I’ve made it this far, what are the chances I’ll make it this far again in a WPT and be able to win it again the next time.”