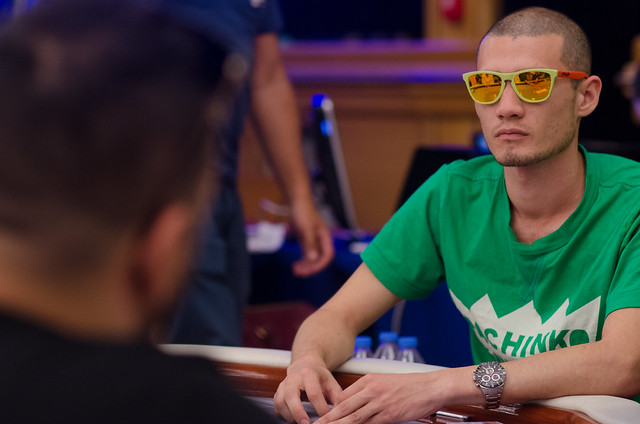 Better late than never, as the old adage goes.

Jack Salter was eliminated just before the break. The Russian high roller Vladimir Troyanovskiy responsible for that particular scalp.

Troyanovskiy opened to 1,250 from first position, and four players called, including Salter, who was seated in the big blind. The dealer placed [Ks] [Tc] [9c] on the table and the action checked to a player seated in early position and he bet 2,500. When the action fell back to Salter, he made the call, but Troyanovskiy check-raised to 7,000. The initial bettor folded, Salter moved all-in for 35,000 and the Russian called.

Salter needed a club, but it never materialized as the [2d] and [Jh] missed the young Brits hand and he was sent to the rail.