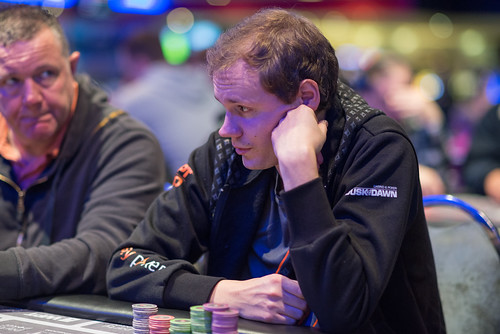 The name Jakobsson must be lucky. A variant of our new hero’s moniker of course won the WSOP Main Event in the early hours of this morning, but today’s a new day, and Vesa Jakobsson (pictured above) may be on the road to a major win of his own.

He’s just won a chunky pot here at DTD in the WPT500, after making a hero call on the river.  The board had come down [KcQc9h4d6d] and after Chris Coll bet 22,000 into a 40,000 chip pot, Vesa went into the tank. He eventually made a great call, turning over [AhKs] , which was praised by Coll, who showed [AhJs] for an ambitious, if doomed, bluff.