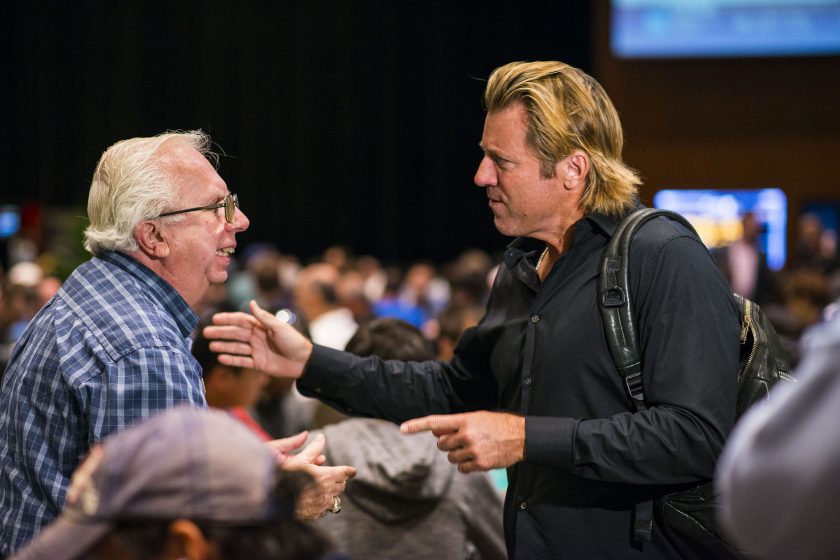 ClubWPT qualifier James McLaughlin (pictured, left) came into Day 3 of the Season XVI WPT Borgata Poker Open Championship with one strategy in mind: make the money no matter what.

McLaughlin started play with 21 big blinds and was in the lower tier of the overall leaderboard with seven players separating him from turning his freeroll into at least $6,812.

McLaughlin did his part to employ a math-based plan that resulted in him entering zero pots until after the bubble burst. The bubble process was lengthy and when the field reach the money, McLaughlin finally could exhale after what was a stressful few hours.

“When the bubble burst, I really found it hard to believe because it looked like things were not going to go my way,” McLaughlin told WPT.com. “I had a strategy in place and that strategy was starting to fall apart as my stack started to shrink.”

Before play started, McLaughlin estimated if he could last for the first 45 hands, he would be in the money based on the stacks of the players around him. McLaughlin had the opportunity to play with Cliff Josephy and even elicited a reaction from the former WSOP Main Event final tablist.

That plan was put together by McLaughlin during a restless night where he only got four hours of sleep before cards got in the air.

“I played zero hands today and that was because once you commit to a strategy, you can’t go back on it,” McLaughlin said. “I had pocket queens with less than 20 big blinds and flashed [Josephy] my hand before folding and all I heard was a groan. If the strategy blew up in my face, I had no one but myself to blame.”

McLaughlin and Josephy exchanged pleasant conversation during their time together and McLaughlin considers the three days of play to be the experience of a lifetime. 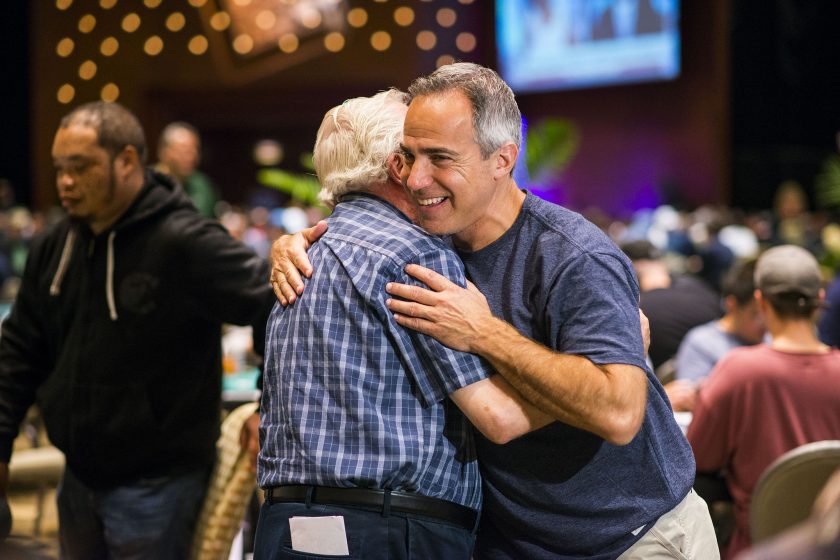 “I had no problem getting knocked out early but hanging around until the point where I’m making the money, but to me the money is not the issue,” McLaughlin said. “For me, it’s about being 75 years old and looking in the mirror and saying ‘I’m competitive with the greatest professional players in the world.’”

With his cash, McLaughlin becomes the first ClubWPT qualifier to make the money in a WPT event since Ernest Evans in Season XIII in April 2015 when he cashed in the WPT Seminole Hard Rock Showdown for $12,000. McLaughlin ended up finishing in 100th place, earning $6,993.

Now that the WPT Borgata Poker Open is behind him, McLaughlin plans to spend the rest of the week taking part in the full World Poker Tour experience starting with Thursday’s ClubWPT King of the Club taping.

“I plan to spend tomorrow railing the King of the Club players because I feel like I am their big brother, having qualified three times,” McLaughlin said.

Overall, McLaughlin’s journey from three-time qualifier to WPT casher is not over just yet, as he plans to continue playing on ClubWPT.com to try and make his way into future events.

Throughout this week, McLaughlin has basked in the VIP experience provided by WPT and considers himself fortunate to not only cash, but to have the chance to play in a World Poker Tour event for the third time.

“The ClubWPT staff has treated us like king and queen and we’re just not used to that,” McLaughlin said, including his wife, Nancy. “We are very grateful.”

McLaughlin has kept a few cigars in his shirt pocket for all three days of play and while he might not be ready for his victory cigar just yet, he can rest on the laurels he earned this week as he completed the journey that all ClubWPT members hope to achieve. 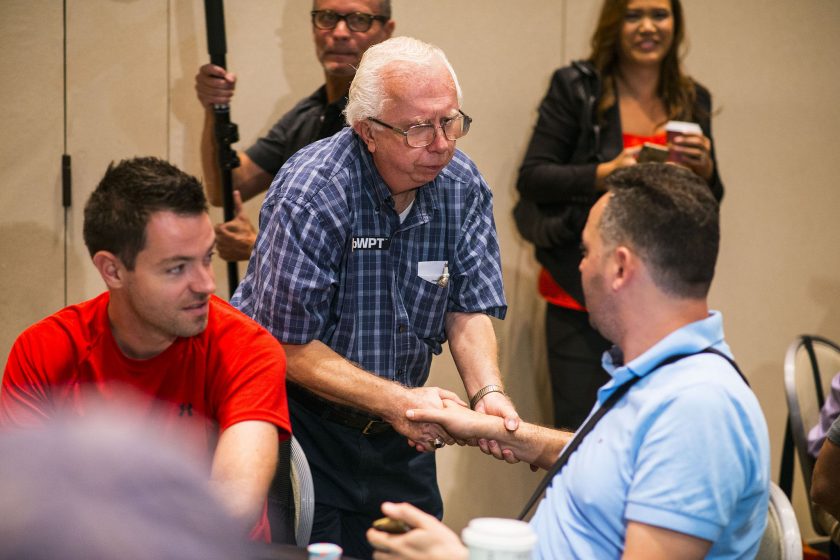