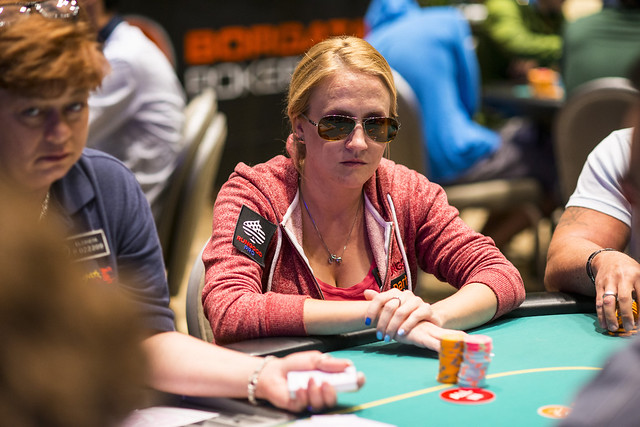 Jean Gaspard raises to 32,000 in middle position, Ryan Riess calls in the hijack, Scott Jackson calls on the button and Jamie Kerstetter three-bets all in for about 245,000 from the big blind.

Gaspard mulls it over for about 15 seconds before he calls. Riess and Jackson fold.

The flop falls [8d5d3d], giving Gaspard a flush and leaving Kerstetter drawing dead. The meaningless [7d] turn and [Ac] river complete the board as Gaspard continues to sing.

"Well at least I’m getting serenaded," says Kerstetter as she exits.