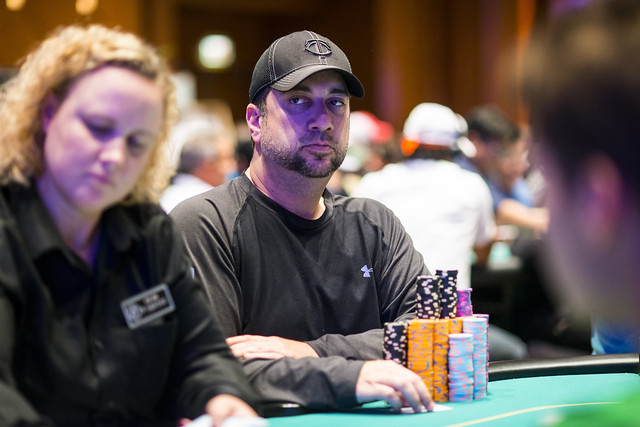 John Dibella raises on the button and Blake Bohn calls from the big blind.

Bohn fires 61,000 and sends Dibella into the tank for about two minutes before he raises all in for about 93,000. Bohn calls with [As10s] for aces and tens and has the hand locked up against Dibella’s [Jh10c].

"How could you not raise that preflop? asks Dibella.

After Dibella leaves, Bohn jokingly asks the table, "I have to raise an ace out of position?"