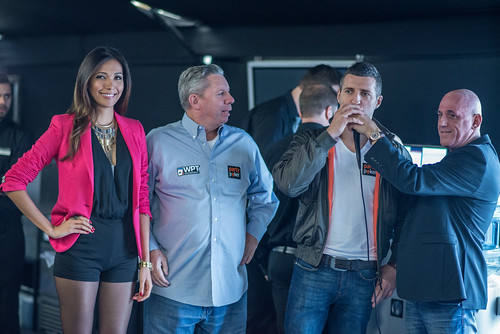 No we’re not making it up – Will Kassouf has lost a hand to a player called Zippi – Zippi Aslam, that is. Famously motormouthed, Will was, for once, struck dumb on the river after betting 4,600 into a 12,000 pot on a board of  [KsTd2hJsQd] After thinking for ages, Aslam called him off, and will showed [KcQh] for top two pair. Aslam showed [Jc9s] for the low staright and climbs to a top five stack.

Incredible achievement and easy to say, but huge congratulations to both the WPT team and DTD crew all week in making this tournament the record-creaking one it now is. Wow.