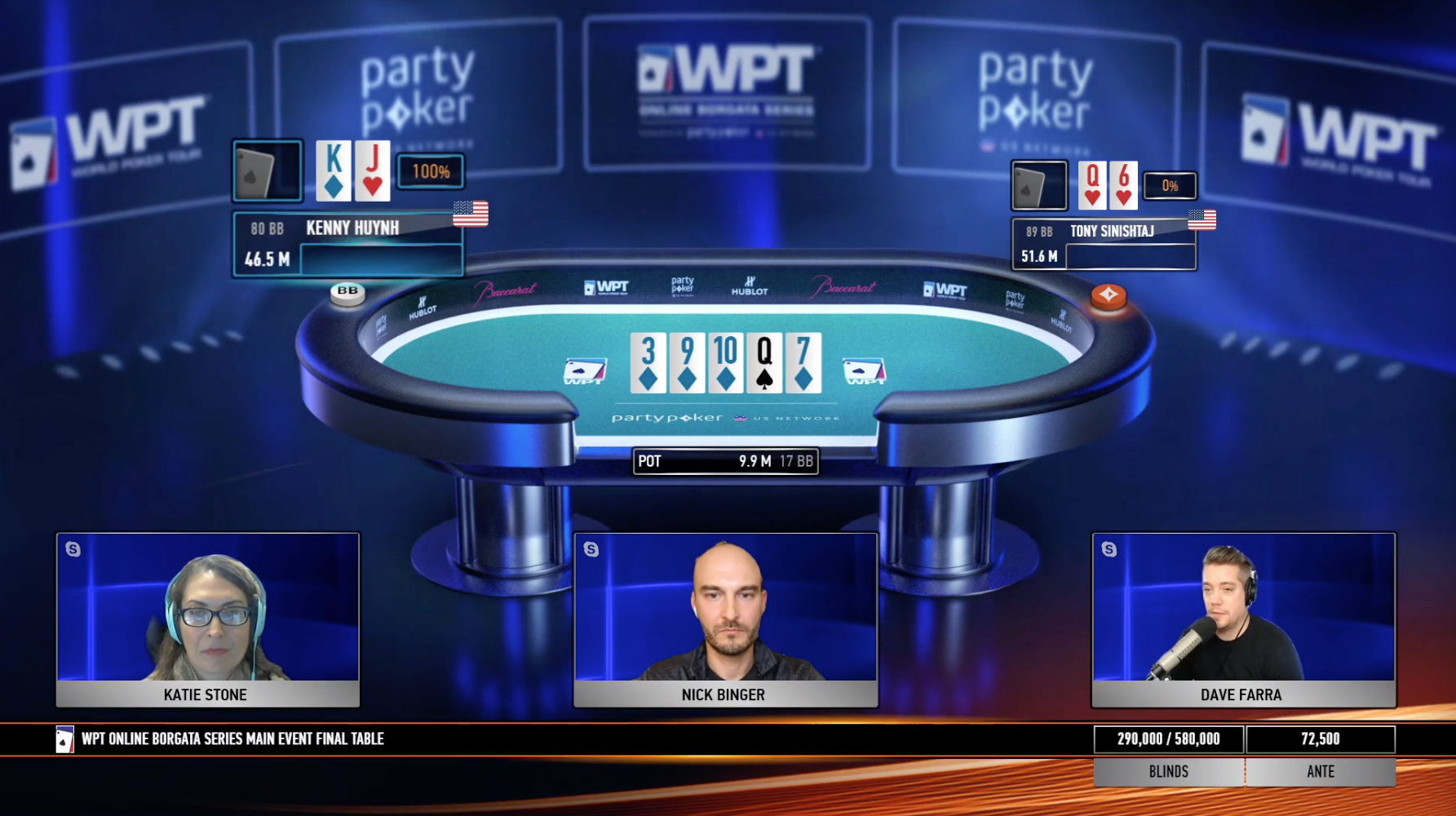 , and Kenny Huynh (chaposticks) called with

The turn card was the

The river card was the

, and both players checked. Sinishtaj’s pair of queens was no match for Huynh’s king-high flush, and Huynh won the pot — and took the chip lead.