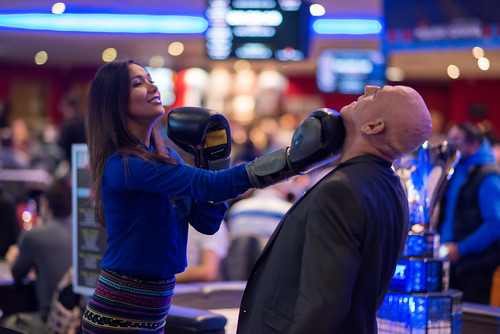 We have a definite chip-leader here in Level 7, and that’s Harry Beattie, who had the bessed situation of holding [Tc7c] against [AcJc] on a board of [Ks6c8c9c8h] with all the money going in on the river. Just two hands after that bumper bonus, Beattie found aces against kings and coolered an opponent to knock him out too!