We may have started with 92 players, but currently have 159 entries here at Dusk til Dawn as WPT-500 Day 1a at Nottingham has kicked off the million-pound gauranteed tournament in style.

There’s still late registration until 11.40pm tonight, so plenty of time to get down here, with all of the top 100 placing players in the Warm-Up going on next door winning tickets to the WPT-500, the overall field is surely going to top the 2,000 it would require to exceed the guarantee.

If it does, it’ll be a new record, as a £1 million prize-pool has never been reached for a £500 entry tournament before.

Who else can we expect to see here later in the week? Well, we think the face of Trickett’s Room here at DTD (below) might put in an appearance! 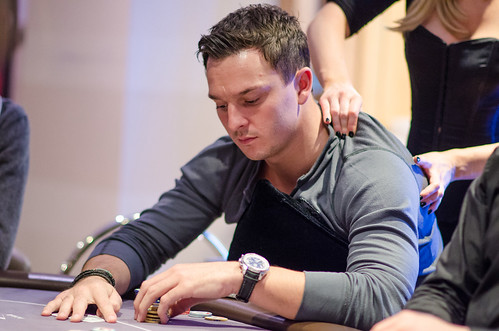