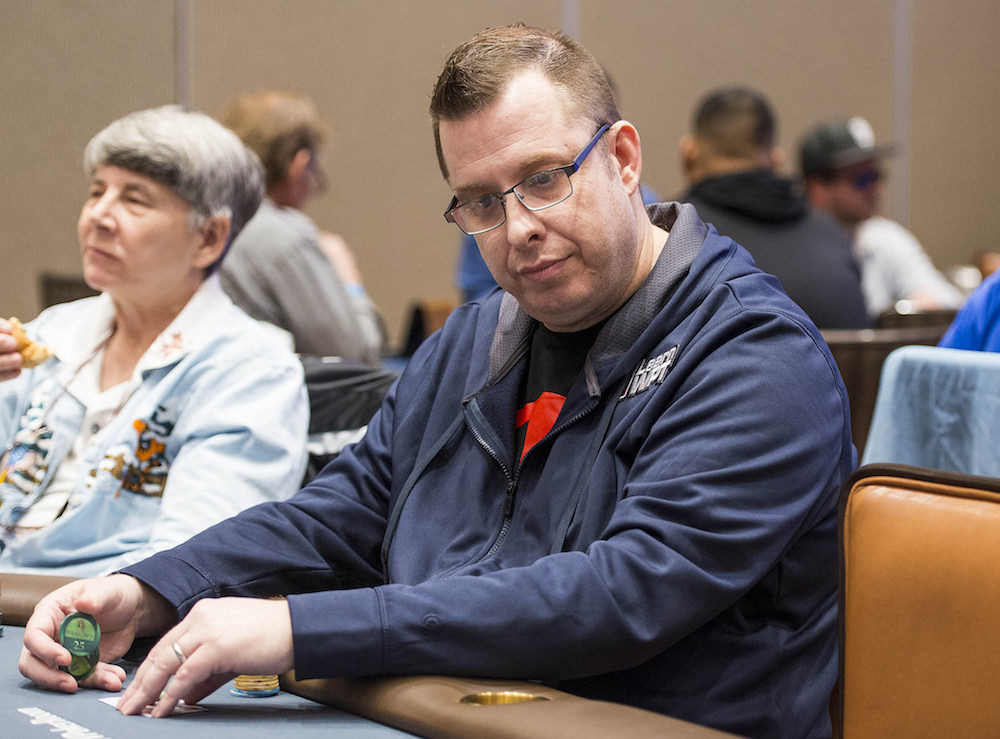 LearnWPT regularly hosts live seminars and workshops at some of the nation’s most premier venues, allowing serious students a highly beneficial experience to go through an intensive course that will allow them to take their games to the next levels. For more, visit LearnWPT.com.

A Sponge in New Water

The Hollywood show business member is used to the bright lights but was under a different kind of spotlight at Borgata. Merrill was in the presence of top-level poker player Vanessa Selbst. It was Selbst who was the main draw for Merrill to go to Borgata in the first place.

“She’s definitely a player I’ve admired for a while,” Merrill said. “I was determined not to miss her. [I like] the determination and the fearlessness along with her willingness to go for it in tournament poker.”

The concepts learned by Merrill at the LearnWPT seminar included aggressive tactics that Selbst uses in her own game. What stimulated Merrill was discovering the why behind Selbst’s methods and how to apply them to his own game.

At the conclusion of the LearnWPT workshop, Merrill competed against more than 30 of his classmates to win a seat to the Borgata Winter Poker Open Championship. Merrill took down the pseudo-satellite, but due to professional obligations, was unable to play the event. It all worked out, though, as Merrill found another $3,500 event to play. One in his home state.

“My initial reaction was disbelief,” Merrill commented on earning his World Poker Tour seat. “I was surprised that it worked out that way. I couldn’t believe it and then it sunk in and I realized, ‘Yeah, I played pretty good.’ I tried to stick to the instructions and it worked out well.”

Merrill is a self-proclaimed amateur who is content to keep poker in his life as a hobby only. The game brings enjoyment to Merrill. The two or three tournaments the 47-year-old plays every month fulfill his desire to participate in a passion that existed prior to the explosion of the poker boom.

“I’ve been playing home games since I was 12 years old,” Merrill told WPT.com. “I was invited to my first home game around 2004 in someone’s apartment. They had multiple tables and I knew what a tournament was because I was watching them on television. From there, it’s become a hobby and my passion. I always want to be an amateur and play for fun. I really enjoy it, but I know the game and it can be rough, but it’s nice to say, ‘That’s what I do for fun.’

Flying across the country to attend the LearnWPT camp proved to be a benefit for Merrill, long before he took his seat on Day 1b at WPT Rolling Thunder. Merrill’s local casino in Burbank, California, hosts a monthly event and Merrill took it down in the time after he returned from Atlantic City.

The lessons from instructors Selbst and Nick Binger on raising or folding more often instead of calling is what Merrill says are among his key takeaways from the seminar.

Merrill’s interest is piqued by the changing dynamics of tournament poker. The action forces play and Merrill is eager to dig in and play hands rather than wait for the perfect spot.

“[I love] the excitement of all or nothing,” Merrill said. “You’re there to accumulate chips through aggression and you can’t wait for cards. That’s when no-limit hold’em becomes the art instead of the science. Playing the player instead of the cards.”

One Step at a Time

The first two levels of Merrill’s Day 1b resulted in him being at the starting stack in the second stanza of play. Immediate goals are on the mind of Merrill, who isn’t dreaming of lifting the WPT Champions Cup yet.

“Right now, my goal is to make it to the end of the day,” Merrill told WPT.com. “I’m feeling very comfortable and treading lightly. I’m going to just try and remember to play poker and not think about the implications of the tournament.”

The lessons learned from Selbst are fresh on the mind of Merrill. If imitation is the most sincere form of flattery, Merrill’s table is in for a rough rest of Day 1b.