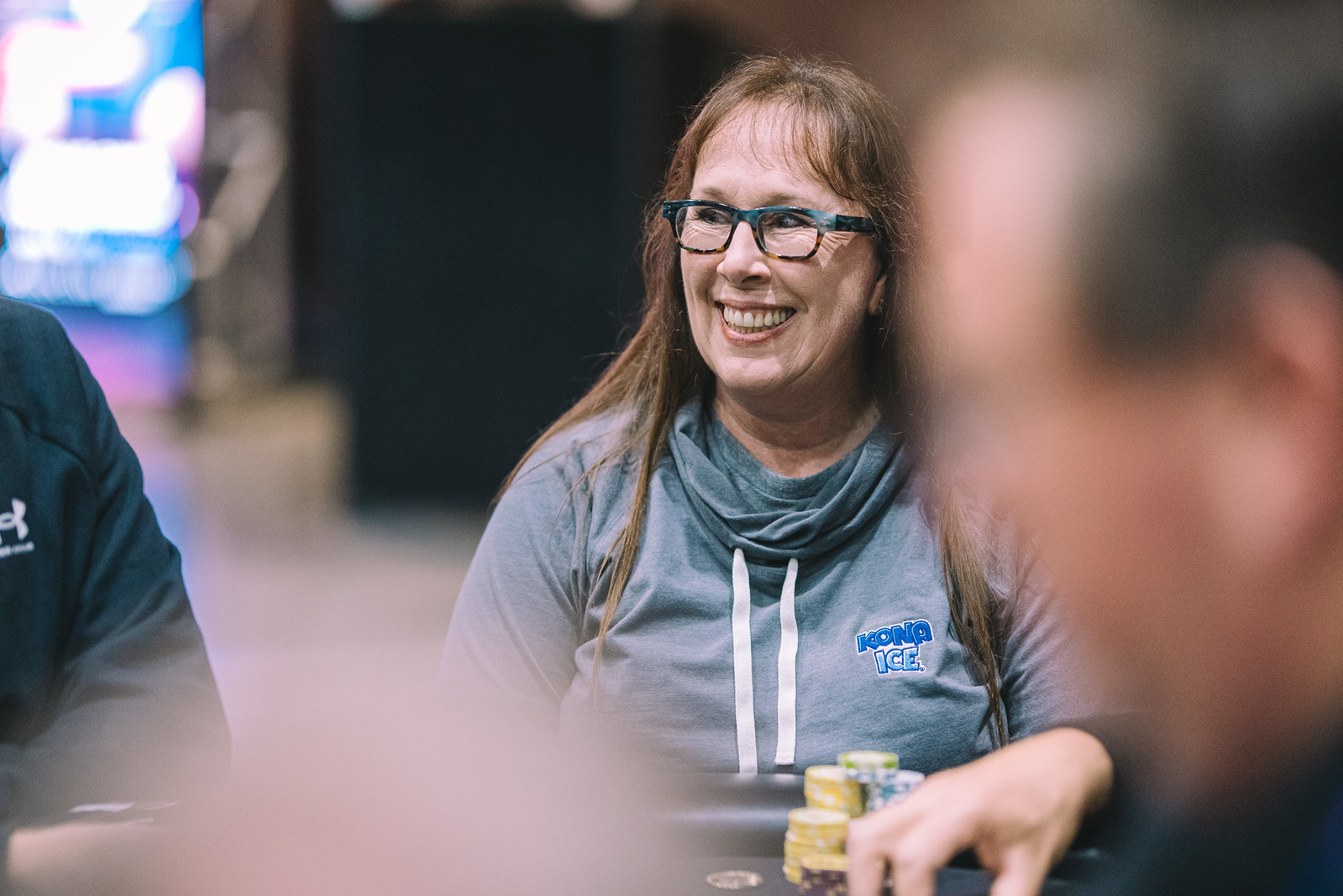 Foxen waits for an exact count and uses one of her Time Chips to tank for nearly a minute.

Foxen says, “I don’t know if I want to flip for a pot this big,” and then she folds.

as he takes the pot, and Foxen laughs and says, “I was not flipping.”