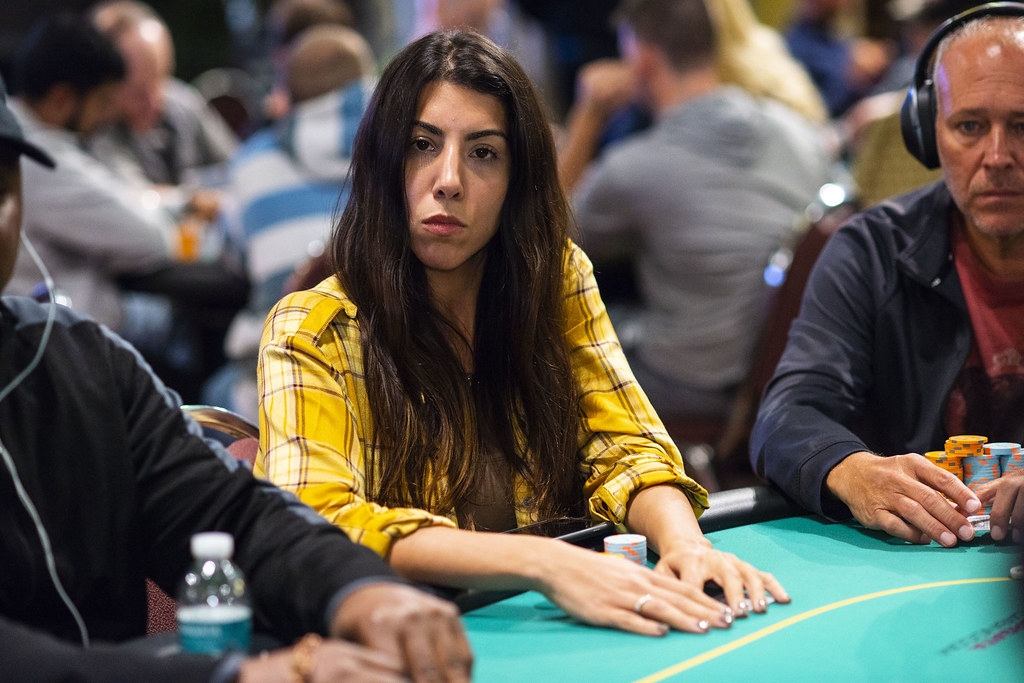 Getting more women in poker has been a theme for many in the poker world. To come up with some solutions, the WPT held its first Women’s Poker Summit in August. Lisa Costello is one of those players on Day 2 at the WPT Borgata Poker Open and believes all players just being a bit more accommodating and friendlier might go a long way.

“People in general just have to be nicer at the table,” she says. “If you’re just now getting into poker, it can definitely be intimidating for sure. So people just need to be more accepting of players in general.”

Costello, 32, grew up in Philadelphia and has been playing for 15 years. She grew up playing the game with her father, who hosted a regular game at their home. Through the years, she began playing more and more and improving her skills.

“I always kind of played part-time,” she says. “I always loved the game, and in January of 2017 I decided to try and play full-time.”

Now living in Las Vegas for the last nine years, Costello says the leap to playing professionally has been going pretty well. She plays tournaments primarily with a little bit of cash play mixed in. Since 2013, she has almost $203,000 in live tournament winnings. That includes a few victories in some smaller buy-in events with her biggest cash coming in January 2017 here at the Borgata, where she finished ninth in the $560 Deepstack Kick-Off event as part of the WPT Borgata Winter Poker Open for $30,583.

“It’s tough,” she says of the new venture into full-time cardplayer. “But I’m loving the journey so far. I like the competitiveness of poker. Despite the challenges of being in a pretty male-dominated industry, I kind of like the challenge of proving people wrong.”

Prior to playing full-time, Costello worked as a realtor. Her sales were good, but she just didn’t enjoy the job as much and thought a life in poker would better suit her. With a bubbly personality perfect for sales it’s also something she says she could always go back to if needed.

When not catching cards, she enjoys cooking, traveling, going out for dinners with friends, and traveling.

Costello has been with her boyfriend for over five years, but this is definitely not a poker power couple. While she loves playing and studying the game, he is the exact opposite.

“He doesn’t play poker,” she says. “He does not know a thing about poker. He just roots me on, and that’s all I need.”

He works in real estate, which is how the two met. And while they may not have poker in common, Costello feels that can be a good thing.

“It’s good because I can leave all my shit at the table,” she says. “I can’t bring it home because he doesn’t know what I’m talking about half the time, so I can’t complain about anything.”

Approaching the money bubble, Costello has about 85,000 chips as she battles it out in the Borgata. She and her boyfriend may not share poker in common, no doubt he’d be thrilled to see her bring home a big finish.