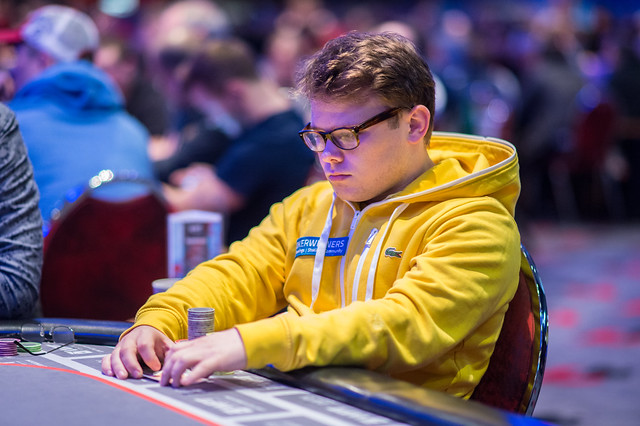 Elliott Panyi took his seat just after the beginning of day 1E, and for a while, it looked like nothing was going the way of the ‘Nappy Grinder’. The PokerWinners Pro. down to just a few thousand at one stage, he’s just been involved in a big pot for his chances here at the WPT500 in Nottingham.

We join the action on the turn, as Elliott leads for 700 into a 2,500 pot, the board showing [4c2s8h6s], call coming his way from his opponent. On the river of the [as], Elliott shoves for a further 6,200, getting a fold from his opponent. Panyi will be hoping this is his resurgence after a difficult first few levels.