Living a Dream: 72-year-old Looks to Defy the Odds from the Short Stack 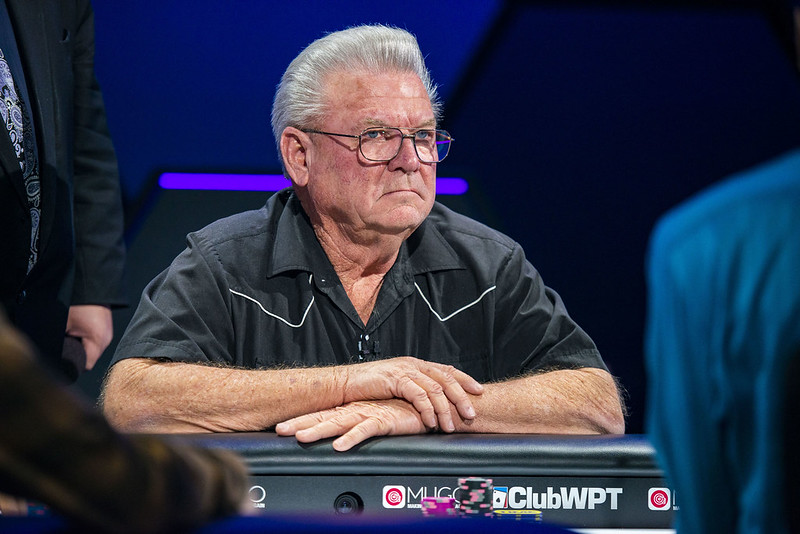 At age 72, John Smith has the chance to make WPT history. If he can win here the WPT L.A. Poker Classic here at HyperX Esports Arena, Smith can become the oldest player to win an event in tour history.

That record is currently held by poker legend Doyle Brunson, who won the Legends of Poker at the Bicycle Casino in Season III (2004) at age 71.

In total, the Purple Heart winner has $1.3 million in live tournament winnings. Smith now has his eyes on a WPT title, but knows he has his work cut out for him. He enters play at the final table with the short stack with 895,000.

Smith owns an asphalt company in Los Angeles and works as a road contractor throughout California. Being the boss keeps him busy, but he tries to play a few major poker events each year.

Family members think it’s amazing that he’s made such a deep run and playing on a big stage in Las Vegas, and several are in attendance. With a short stack, Smith had plans to try and make a move early and is ready to ship in all his chips for an early double-up. Did he do anything practice or research his opponents? Not exactly.

“I dreamed,” he says. “I may get put out the first hand. But I think it’s better to put the pressure on them.”

It may be an uphill climb, but Smith hopes that dream comes true.