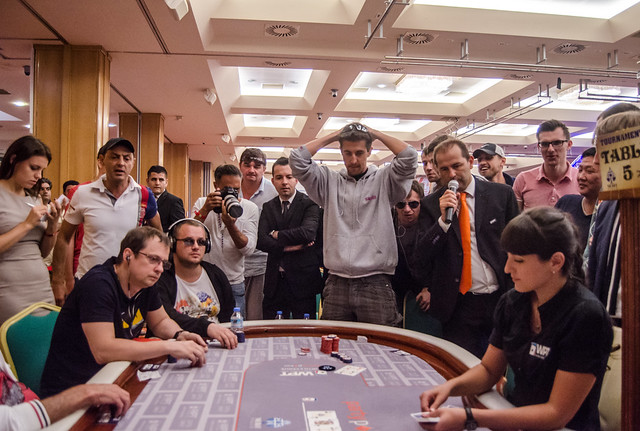 We join the action on a flop of [Jc] [Jd] [4c], party poker qualifier Markus Ross checks, Nicolas Chouity bets 22,000 from the cutoff, and Ross calls.

The turn card is the [As], Ross checks for the second time, Chouity bets 52,000, and Ross goes into the tank.

Several minutes fade away and eventually Dmitry Gromov calls for the clock from an opposing table. No sooner does he do this, Ross grabs the ‘All-In’ button and thrusts it ahead of his stack.

Ross turns over pocket fours, for the boat, and Chouity turns over [Jh] [6h] for trips.

Both players rise to their feets in anticipation of the river.