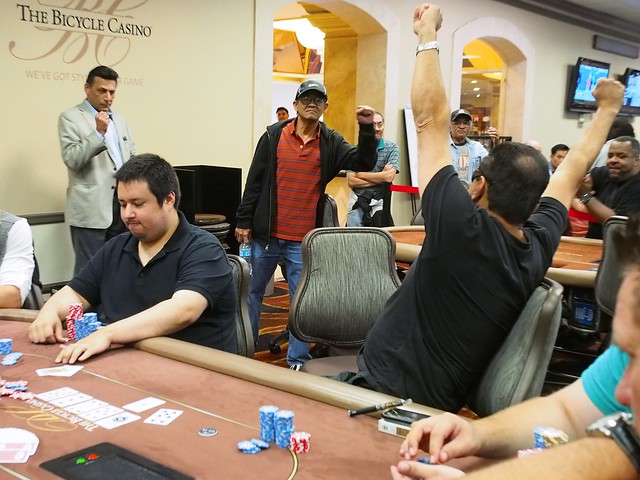 Photo: Massoud Eskandari (right) throws his arms in the air to celebrate doubling up thru Taylor McFarland (left).

Under the gun, Massoud Eskandari moves all in for his last 229,000 chips. Action folds to the big blind where Taylor McFarland makes the call with the covering stack.

The [9d4h3s] flop does nothing to change his plight, but the turn [7d] does. Eskandari needs to fade only a queen to stay alive, and the river [As] is a blank.

Eskandari doubles up, climbing close to the half-million-chip mark.