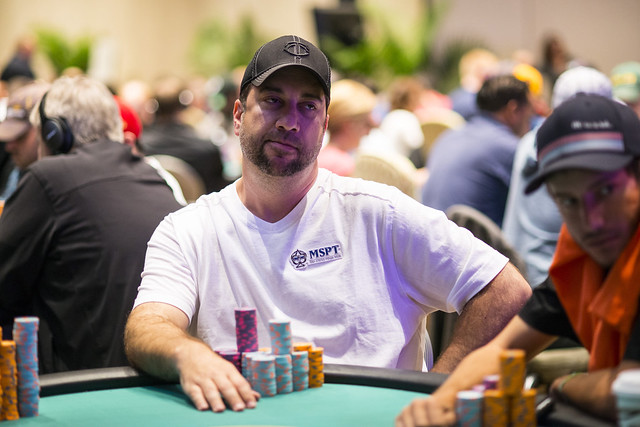 As the remaining 120 players took a break after the Money Bubble burst, Blake Bohn (pictured above) stayed behind in his seat and was being tended to by Borgata’s medical staff.

We have no specifics, but Bohn was coherent and answering questions from the medics as he was taken out of the tournament area in a wheelchair. We have no further details on Bohn’s status.

As for the tournament, Bohn currently has 90 big blinds in his stack, and it will slowly be blinded down in his absence.