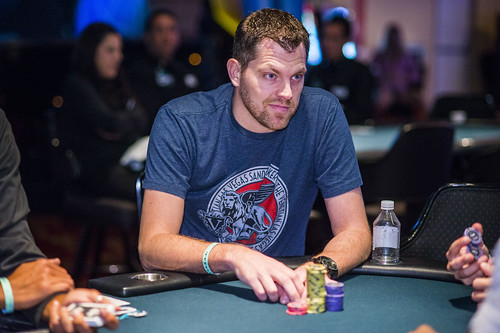 Mike Linster is one of the more experienced players at this final table. He has been playing professionally for 15 years and he has over $1.1 million in career live earnings according to Hendon Mob Poker Database. Linster enters the final table in fourth chip-position with 329,000. Given his experience and chips to work with he can definitely pull off the comeback here at the WPT Caribbean Main Event.

Linster first joined the WPT Champions Club at the WPT bestbet Open back in Season XI. He topped a field of 351 players to take home the top prize worth $321,521 in prize money.

Linster is a 37-year-old who lives in and he is a regular at the Borgata in . Linster has two other six-figure scores to his credit, and he could not only add another here, but also grab his second WPT title on Friday on the island of St. Maarten. 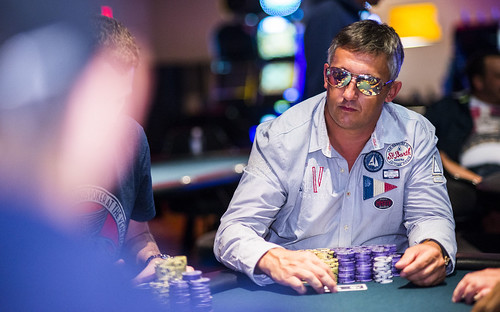 Christophe Rosso has a commanding chip lead at the start of the WPT Caribbean final table. He has more chips than the rest of his competitors combined, which is a testament to his effective, aggressive play during the playdown day of the tournament. With a chip lead that huge, he has to be the favorite at the start of play.

Rosso is 43 years old and he is from Belfort, France. This is the first deep run in a major poker tournament for Rosso, but he has certainly been playing like a professional on the island of St. Maarten. He did take third place in a $1,100 no-limit hold’em preliminary event earlier this week that was good for a cash worth $16,100. Rosso will make much more than that at the final table today. 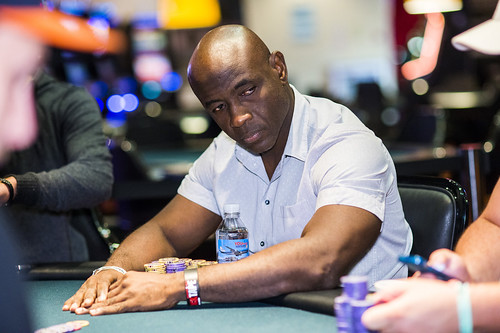 George Griffith will start the WPT Caribbean Main Event final table in third chip-position today with a stack of 349,000. Griffith is 45 years old and he is from Barbados. Griffith is married and he also earned a bachelor’s degree in Engineering from the University of Southampton.

Griffith has $196,276 in career earnings according to Hendon Mob Poker Database. His largest previous cash came at the Full Tilt Poker Series in Barcelona, where he took second place in the Main Event and took home $70,865. Griffith has 18 cashes in his poker career, but this is his first at a WPT event. 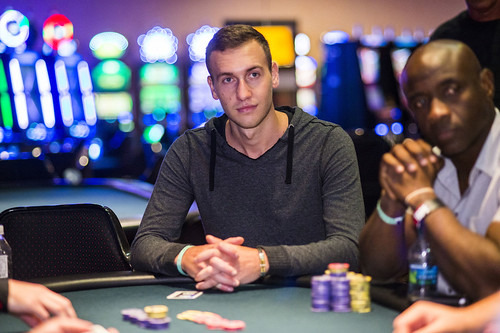 Ziga Jamnikar is 24 years old and he has been playing poker for four years. The WPT Caribbean Main Event is his first WPT tournament and he has made a deep run to the final table. He is in fifth chip-position at the start of play, but he is not too far from the rest of the pack (the monolithic stack of Rosso withstanding).

The Slovenian poker player has one previous cash at a major tournament. He took 52nd place at EPT Vienna earlier this year in March and scored a cash worth $20,134. He is currently 38th on the Slovenia all-time money list according to Hendon Mob Poker Database, but he could climb into the top five with a win today in St. Maarten. 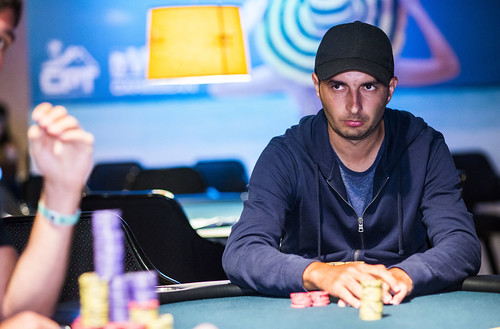 Dan Murariu comes into the WPT Caribbean final table in St. Maarten as the short stack with 15 big blinds to work with at the start of play. The 31-year-old is from Bucharest, Romania, and according to the Hendon Mob Poker Database he is third on the Romania all-time money list. 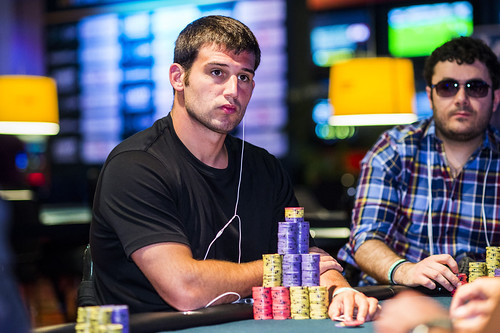 Darren Elias is on the cusp of World Poker Tour history at this WPT Caribbean final table. He enters in second chip-position, and if Elias wins today in St. Maarten, he will become the first player in WPT history to win back-to-back titles in the same season. Back in September he topped a field of 1,226 players to win $843,744 at the Borgata Poker Open.

Elias is a recently-married 27-year-old who currently resides in Cherry Hill, NJ and is a full-time poker pro. He may be quiet at the tables, but don’t think Elias doesn’t know how to express himself. He studied Creative Writing at the University of Redlands, which is also where he first learned to play poker ten years ago.

Elias has found a lot of success at the Borgata Poker Open throughout his career. He finished fifth during Season X for a cash worth $230,610. That showing was one of two final table appearances for Elias that season. He also took third in the Jacksonville bestbet Open Main Event. The Pennsylvania native’s list of live scores is impressive, totaling over $2.5 million according to Hendon Mob Poker Database. Elias is also an incredibly accomplished online player with over $3.4 million in online earnings. His reputation amongst his peers is so well-respected, he has earned the nickname “The End Boss”, referring to the final, toughest bad guy you have to beat in order to win a video game.