Here are the official chip counts for today’s televised WPT Final Table of the WPT Legends of Poker, followed by the remaining prizepool:

And now, a closer look at the six final tablists who are looking to join the elite ranks of the WPT Champions Club. (Career live tournament results were compiled from The Hendon Mob’s Poker Player Database.) 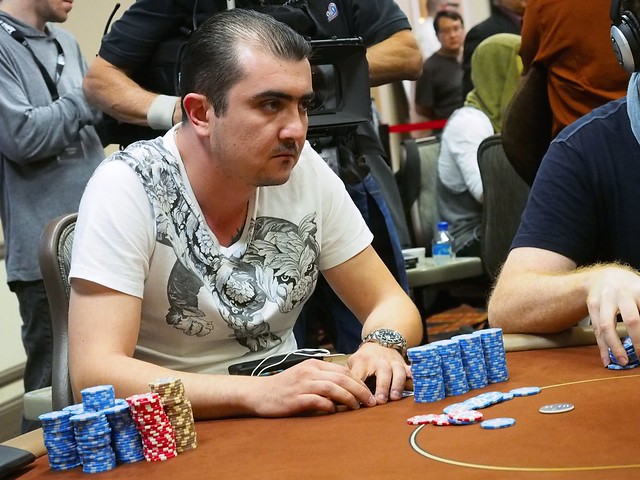 Harut “Harry” Arutyunyan only has a single live tournament cash to his credit — a 36th-place finish earlier this series in the $235 no-limit hold’em deepstack — but he has been playing poker for 11 years. While his tournament resume is thin, it’s about to be a lot more impressive as he adds this televised WPT Final Table.

Arutyunyan took the chip lead for a while in the middle of Day 2 of this tournament, and has been a force to be reckoned with ever since. He enters the final table second in chips, and hopes to finish higher than that.

Arutyunyan is a 31-year-old business born in Armenia and raised in California. A devoted family man, Arutyunyan says, “My family is everything to me,” and he’s happiest when he’s spending time with his wife and two young daughters. 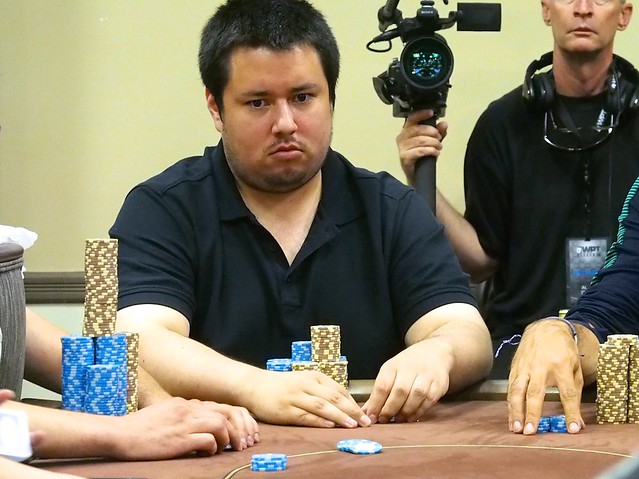 While this is Taylor McFarland’s first WPT cash, he does have four WSOP cashes, including a seventh-place finish for nearly $60,000 in a $5,000 Six-Handed No-Limit Hold’em event. If he finishes fourth or higher at this WPT Final Table, McFarland will more than double his current lifetime live tournament earnings of $120,694.

Most of McFarland’s success has come online. His most notable score came almost exactly one year before Black Friday, when he won the Full Tilt Million to earn more than $176,000.

Born and raised in Seattle, Washington, the 27-year-old McFarland considers himself to be a semi-professional poker player, and he’s been playing since he was a teenager. While this is McFarland’s first WPT Final Table, we expect to see WPT Champions Club member Vivek Rajkumar in his section of the audience offering advice and support. 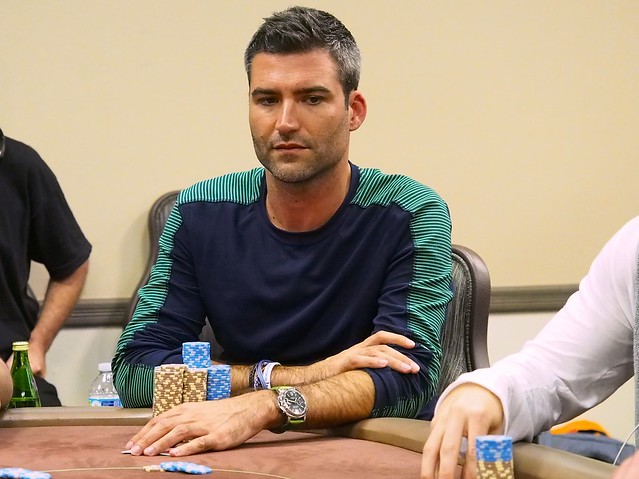 Jeremy Kottler has the most impressive tournament resume of the six final tablists, as this is his third straight season making a televised final table on the World Poker Tour — Kottler finished sixth at the WPT Five Diamond World Poker Classic in Season XI (earning $187,845), and fourth at the WPT Borgata Poker Open in Season XII ($251,968).

Born in Cleveland, Ohio, and a graduate of Ohio State, this 34-year-old used to work in commercial real estate before he became what he describes as a semi-professional poker player. (He still does some consulting between poker tournaments.) 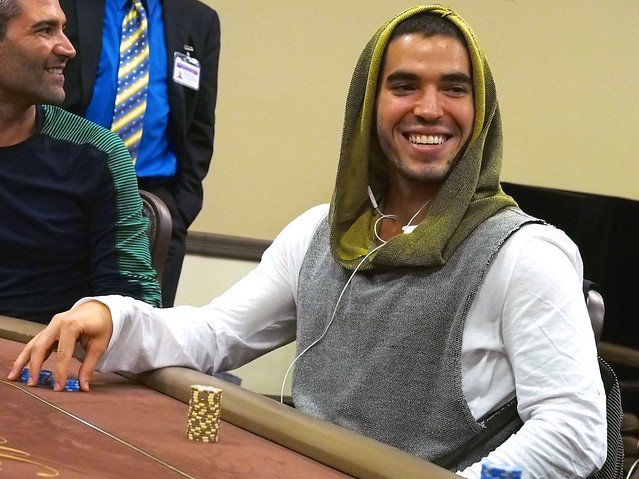 Tyler Kenney brings plenty of poker experience to this WPT Final Table, with nearly $700,000 in career earnings in live tournaments in the past four years. While this is just Kenney’s third WPT cash, he also has seven WSOP cashes, and a WSOP final table.

This won’t be Kenney’s first time playing at a televised final table, as he finished third at the 2011 NAPT Mohegan Sun, earning $170,000. So nerves in front of the lights and cameras shouldn’t be a factor for him.

Kenney learned poker from his older brother that you may have heard of — Bryn Kenney, who has more than $3.6 million in live career earnings and is currently ranked 20th in the world by the Global Poker Index.

Kenney is a 25-year-old entrepreneur, born and raised in Long Beach, New York. Kenney and his girlfriend Jordana Fortaleza started their own fashion company, J.D. Luxe — “L.A.’s Premiere Mobile Boutique.” You can check it out at JDLuxeFashion.com. 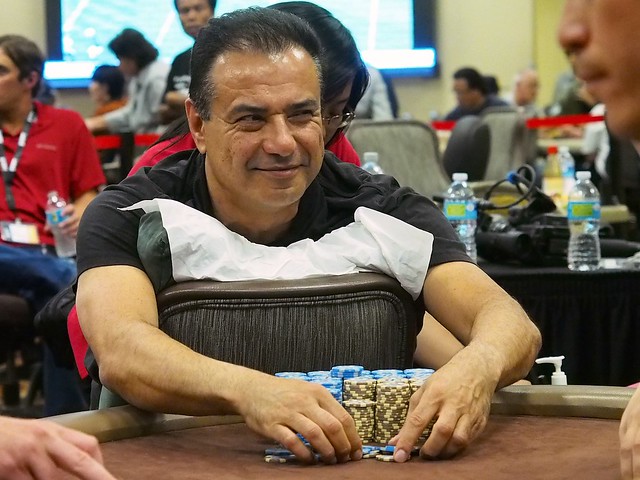 There are different ways of measuring experience, but Massoud “Mike” Eskandari definitely qualifies as experienced. Eskandari simply plays poker, in tournaments of all sizes and buy-ins. This will be Eskandari’s 19th cash of 2014, and his 72nd since the start of 2012 — all of them coming in Southern California and Las Vegas.

Eskandari’s career earnings in live tournaments are $563,749, and he is already guaranteed the biggest payday of his career at this final table, even if he finishes sixth. But with a massive chip lead (120 big blinds to work with), Eskandari is hoping for much more than a sixth-place finish.

Eskandari was born in Tehran, Iran 54 years ago, and raised in California. Eskandari is a civil engineer and owns a retail store.

Season XI WPT Player of the Year Matt Salsberg tweeted that Eskandari is “literally the GOAT at the Bike.” (GOAT is an acronym for Greatest of All Time.) If anybody can be considered to have homefield advantage at this final table, it’s Eskandari.

His friends on the rail have been calling him “CBK,” which is short for Comeback Kid — with 13 players left on Day 4, Eskandari was the short stack with just nine big blinds. But that was then and this is now; Eskandari enters the final table as the massive chipleader. 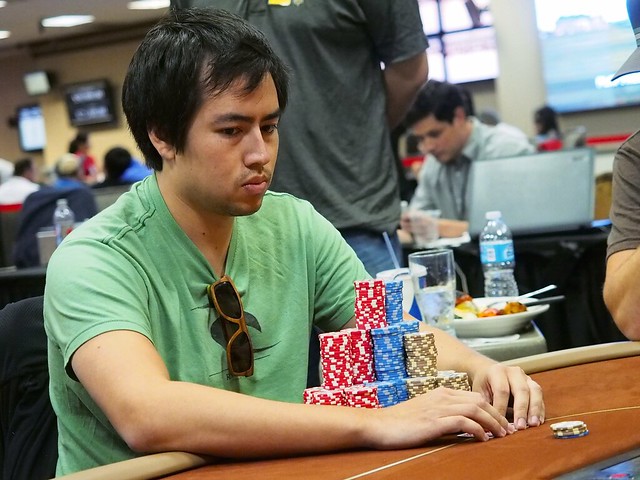 Tyler Cornell has a deep poker resume, but his most relevant result may be the fact that he has previously finished 11th in this event — twice (2010 and 2011).

Cornell has more than $530,000 in career live tournament earnings, with four previous WPT cashes, 13 WSOP cashes, and a WSOP final table. In 2013, he finished 68th in the WSOP Main Event, which is his biggest live score to date ($102,102). If he finishes fifth or higher here, he will surpass that mark.

Cornell has been even more successful online, earning more than $1.5 million, with a Sunday Million title to his credit.

Born and raised in Southern California, this 26-year-old poker player is poised to take his poker career to the next level, and winning a WPT title would certainly propel him in that direction.