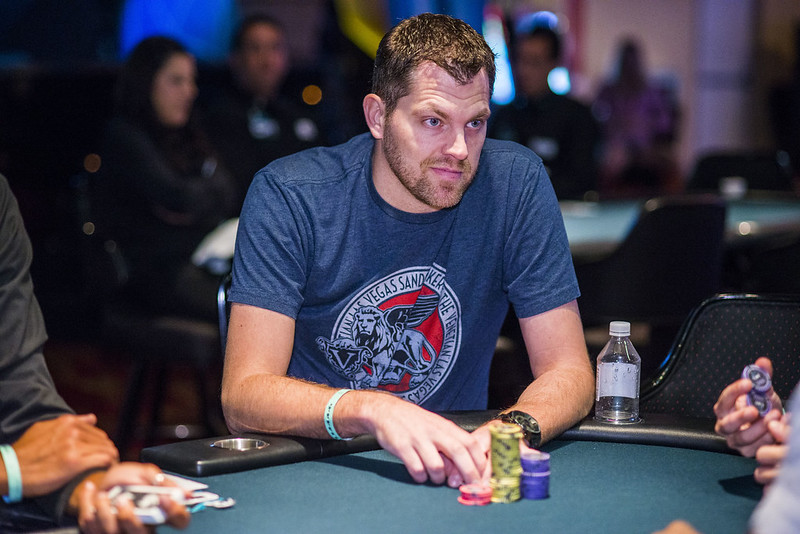 Action checks to Murariu and he bets 62,000. Linster tanks for almost three minutes before he check-raises all in for 172,500. Maniez mulls it over briefly before he folds, while Murariu tosses in a chip to call.

Murariu turns the ace-high flush, but is drawing dead against Linster’s flopped full house. The meaningless [2d] river secures the double for Linster.