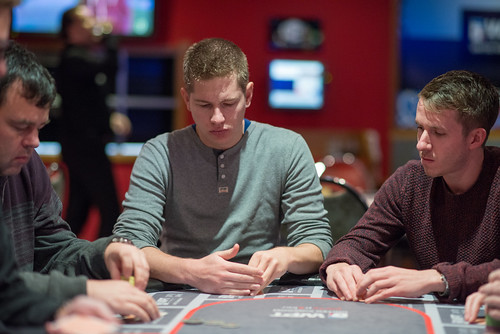 Action is happening on every table here at Dusk til Dawn, so we took a whizz around the best of it to bring you the update on some of the biggest names sitting down here in the £1million guaranteed WPT500.

Ben Warrington (pictured, above) managed to find the fold button in an inflated pot at his table, between Konrad Abela and Kyle Swan, the latter winning a onster pot when managing to get a further 9,000 from Abela on a board of [9cQsAd3s5d] with [9d9c].

Danny Blair dropped a little upon entry, but he’s managed to chip up a bit more, to edge back past the starting stack of 30,000, mainly due to a big raise pre-flop using table position to push his table-neighbour around.