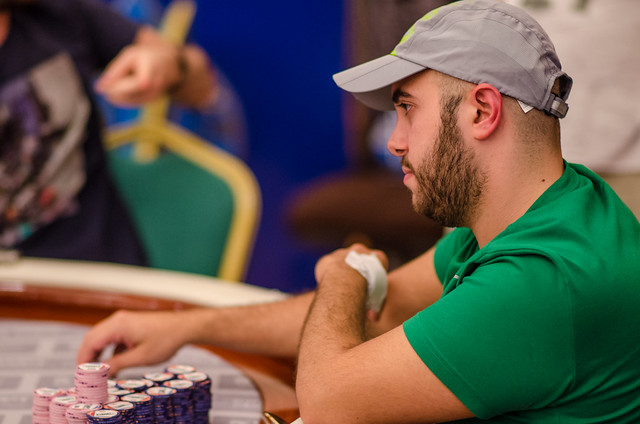 Another long and arduous day’s poker is in the books, and the final table of the partypoker World Poker Tour Merit Classic North Cyprus is set. We started the day with 30-players, ended with six, and what a final table we have.

Champions Club member Dmitry Gromov will be attempting to add a WPT Cyprus victory to the Season IX WPT title he won in Vienna, WPT National Merit Cyprus Main Event winner, Alexander Lakhov, will be hoping to finish one place higher than the runner-up spot he earned in Season XI in Prague, and Toby Lewis will be making his second WPT final table appearance of his career.

But all of them will be trailing Nicolas Chouity, who with $3m in live tournament earnings to his name, knows a thing or two about closing down major events.

Day 4 started like a house on fire, and it was Oliver Price and Antonio Buonanno throwing the rockets. Price flopping the nuts on [Jh] [8s] [7d] and he nearly fainted when Buonanno put him all-in with just a pair of kings. Price made the call and won a $1.2m pot right out of the gate.

That chip lead gave Price the leverage to make a Triple Crown of final table’s, after a third place finish at EPT Deauville, and a fifth place finish in a $5k event at this year’s WSOP.

That was until he ran into Nicolas Chouity.

The pair got it in, in another huge pot, with Price holding pocket queens, Chouity holding ace-king and all sorts of oohs and aahs on the flop and turn. Price flopping a set of queens, only for Chouity to turn Broadway to send the Brit home in 11th and set up the unofficial final table.

Ten soon became six as a fatal blind skirmish saw Christian Christner exit in 10th. The German moving all-in from the small blind, holding [Jc] [7d], and Nicolas Chouity calling in the big with [Ah] [8h]. Antonio Buonanno was the next player to be eliminated and it took two people to finish him off. Ori Miller’s pocket kings proving too strong for the Italian’s pocket jacks, to reduce him to just 40k, and Igor Devkin took those from him two hands later.

Dimitrios Ballas was once down to just 4,000 chips in the latter stages of Day 3, so it’s a miracle that he made the unofficial final table. Unfortunately, for the Grecian, his run ended in eighth place after he shoved over a Nicolas Chouity raise, holding ace-queen, and was called by [Jh] [3h]. Chouity rivering a straight to send Ballas to the rail.

The final exit was a cruel one for the short stacked Alexander Nudin. Alexander Lakhov opened from under the gun, Nudin looked down to see pocket aces, in the big blind, and he moved all-in. Lakhov called with the inferior [Kh] [9h] and proceeded to flop the stone cold nuts to send Nudin out in seventh place.

The final table action gets underway at 13:00 (local time). We’ll be on hand to bring you all of the coverage, so be sure to tune back in for up to the minute reports live from the floor.