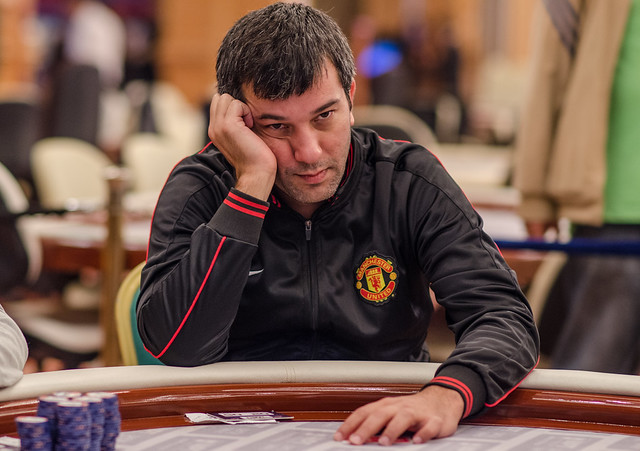 Markus Ross opens to 23,000 in early position, Nuri Kural moves all-in for 38,000, in position, and the action stops dead at the hands of Sofia Lovgren. The Swede has around 50,000, in the small blind, and she considers making the call, before eventually deciding to fold.

It’s a good job she did!

Ross makes the call and he needs to get lucky.

The dealer puts the flop of [9c] [3s] [2s] out there to hand Ross top pair and a flush draw. The [4d] hands Ross two pair, then the [8s] gives him a flush. One assumes had the dealer kept laying cards down Ross would have eventually hit a straight flush!