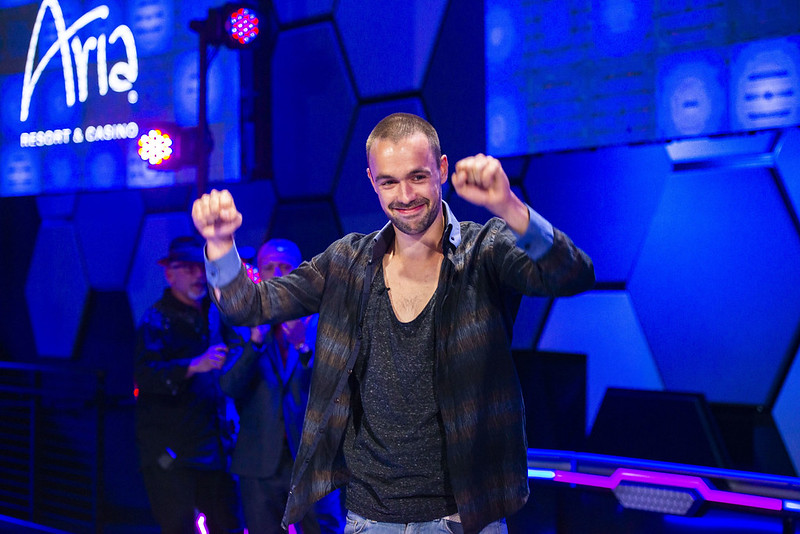 The champion of champions. That’s a phrase that has a nice ring to it for Ole Schemion. After topping a field of 76 of some of the best poker players in the world in the Baccarat Crystal WPT Tournament of Champions, he adds his name a small list of champions in this event.

“Champion of champions,” he said after the post-win photos. “It feels great. I’m tired and happy to go home now, but I’m satisfied. It was a nice tournament overall and nice to win.”

After seeing his chip stack drop a bit early on Day 2, Schemion cruised to a massive chip lead to enter this final table at HyperX Esports Arena. On Monday, Schemion found some tough sledding early.

At one point he was third in chips and didn’t find things going his way often. Some perseverance in the face of adversity, however, came through for this poker star. The first-place money of $440,395 (including an added $50,000 in prize money to first place) moves his career tournament earnings to more than $15.8 million.

“I struggled in the beginning and lost a big amount of my chips,” he said. “At some point, the cards changed and I managed to build up a good stack again. That’s how it went today – started as a big chip leader, lost most of it, and then got it back and did it.”

Along with the cash, Schemion now takes home a $15,000 entry into the same event next year, a special-edition Hublot watch, a handcrafted Baccarat Crystal Tornado Vase, a Baccarat Crystal Champagne Flute set, and a custom-made BBO Poker Table.

What does it mean for him to win this event that included such a stacked field and exceptional final table?

WPT commentator Tony Dunst moved from the broadcast booth to the final table after a stellar tournament and found himself heads-up for the title. For his runner-up finish, Dunst earns $250,265. The heads-up battle with Dunst only lasted 17 hands before Schemion was able to raise his hands in victory.

Final tables and poker championships have become a part of life for Schemion, who is from Germany but now lives in Vienna, Austria. That includes six- and seven-figure scores on some of the game’s biggest stages: EPT, PCA, Aria High Rollers, Aussie Millions, and more. He’s now added a massive WPT title to that resumé.

He joins a nice group of players who can claim a TOC championship. That includes Farid Yachou, Daniel Weinman, and Matt Waxman.

Schemion qualified for the Baccarat Crystal Tournament of Champions after winning the WPT European Championship in Season XVI for $255,352. He now has four WPT cashes, two of which have results in championships.

While many poker players will betting and bluffing all summer here in Las Vegas, Schemion has other plans.

“I’ll be here in Vegas for a couple more days,” he said. “And then I’ll just enjoy summer. Winter was way too long.”

This win at the Baccarat Crystal WPT Tournament of Champions certainly makes for a nice way to get the summer started.