One of the Most Interesting Airports in the World 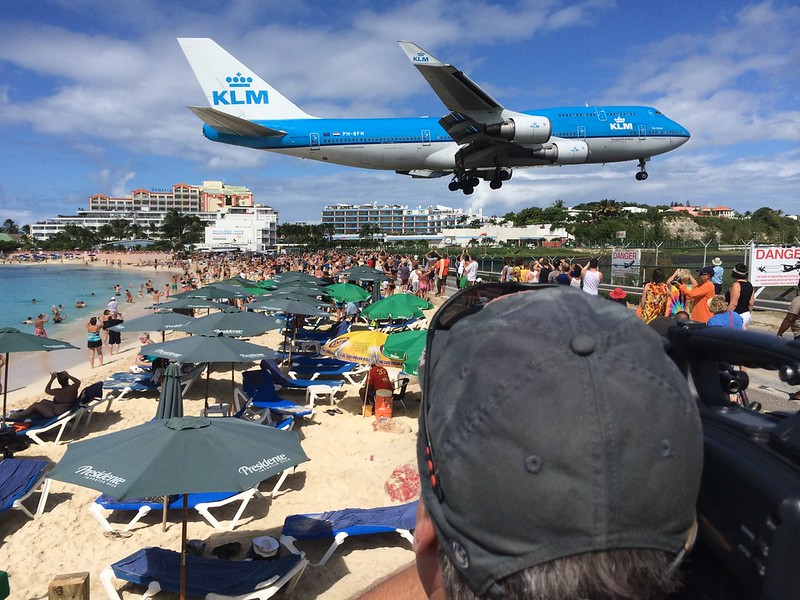 One of the unique tourist attractions here in St. Maarten is watching the large planes takeoff and land at the Princess Juliana International Airport (airport code SXM). The airport’s lone runway is literally a stone’s throw away from Maho beach, where the wind from jet exhaust can be felt when the planes takeoff.

When the large planes come in for a landing, tourists gather all along the beach to take photos (such as the one above) and witness a low-flying jet directly overhead.

When the large planes take off, some of the braver (crazier?) people gather along the fence at the back of the runway and hold on for dear life as the planes fire up their jets. (Some of those crazy people are pictured below.) The force is strong enough to knock people off their feet and even push the water off the beach — water that comes rushing back after the plane takes off down the runway.

The peak time for watching mid-size jets (737s, 757s, etc.) flying in from the United States is between 12:30 pm and 4:00 pm each day. If you hang out on Maho Beach during this period, you’ll see plenty of small propeller planes coming in from other Caribbean islands with occasional mid-size jets from the U.S.

The really big jumbo jets arrive less frequently, with only one or two each day.

Here’s the schedule for the largest planes taking off and landing during the rest of this WPT event. 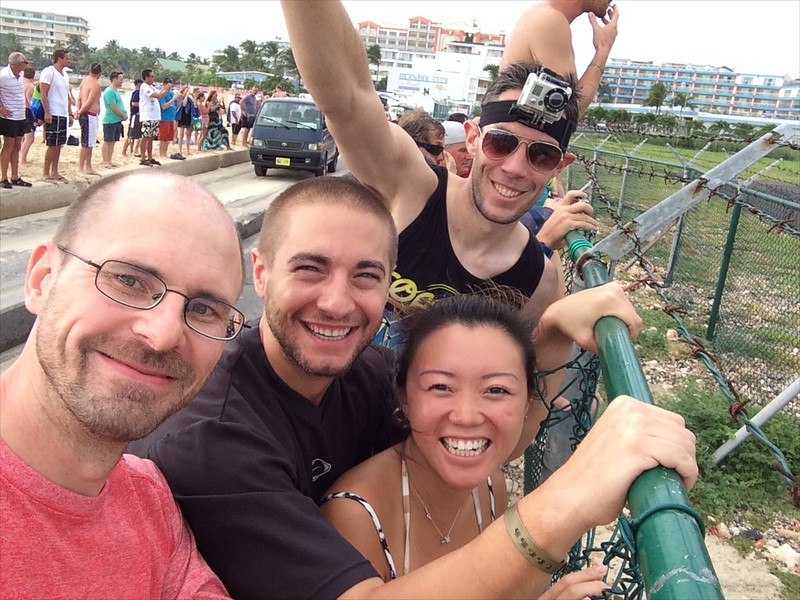