Only Eight Remain in WPT Heads Up Championship; Ivey Still in Contention 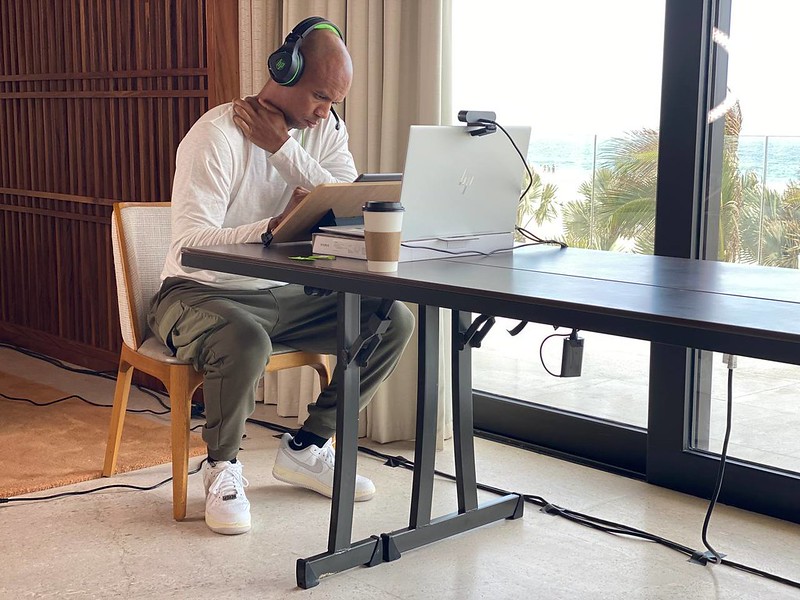 A star-studded field returned for Day 3 of the WPT Heads Up Invitational to dual it out on the Poker King app. There were 16 runners at the start of the day and when the last chance saloon had closed for business just eight were left in contention.

Headlining the final eight is none other than Phil Ivey who shut out Anthony Zinno in the second round to advance. Ivey will return tomorrow June 21, for a battle of the greats as he takes a seat across from Stephen Chidwick, who booked a flight into Day 4 after taking down WPT legend Darren Elias.

Just four of the eight matches found their way onto the full broadcast schedule but all received some love here in the round of 16. As always, the beloved broadcasting crew came to slay the details on every hand throughout these matches with a mix of Jamie Kerstetter, Nick Schulman, Joey Ingram, Tom Dwan, and Olivier Bousquet providing hand analysis during all the scheduled matches on Day 3.

If there was an award for the quickest match, Wiktor “Limitless” Malinowski and Henri “ButtonClickr” Puustinen would be the recipients. It took just two matches, neither of which made it out of the second level. Malinowski emerged as the victor, punching his ticket into the round of eight after a rapidly paced battle with Puustinen who fell to the wayside as a result.

The match with the best commentary on Day 3 was without a doubt the Olivier Busquet and Chris Kruk bout. A delayed Livestream brought forth an opportunity, Busquet pounced on that opportunity and sat in, commentating on his own match. The hand analysis was as detailed as possible, giving insight into his thought process during every hand. Busquet gave it his all until the very end, but Kruk topped the nines of Busquet twice to send the commentator of the day packing.

Alexandra Botez was pegged with facing Sam Greenwood in her second-round match and unlike the first round, she came out swinging with multiple barrels where she had nothing but air. Botez was rolling through with ease until she picked an unfortunate spot to bluff where Greenwood had flopped a set of sixes, leaving her short. Just a few hands after her ill-timed bluff, Botez jammed king-six and Greenwood snapped with big slick. The board came down clean, sealing the first match for Greenwood. The second match had Greenwood take a large part of Botez’s stack in the very first level when she flopped an ace, only for Greenwood to have two pair. Two hands later Greenwood jammed ace-rag and Botez snapped with a pair of nickels. An ace on the river cemented it for the Canadian, sending Botez to the rail and Greenwood is the first player to qualify for the third round.

A must-watch bout between Phil Ivey and Anthony Zinno was on the radars of all headed into Day 3. Ivey slammed a four-bet in on first hand with jack-three, Zinno called with a pair of fives and Ivey took it down on the flop with a continuation bet. The action stayed strong throughout the first bout between the two and it was not until there was only a total of ten big blinds in play that a winner was crowned. Ivey held king-seven versus the king-three of Zinno and the board ran out clean, making it one to zip for Ivey. The two poker titans suited up for the second match where Ivey quickly started to slam Zinno down. On just the third level Zinno flopped two pair and Ivey the nut-flush draw. Ivey landed his flush on the river, over shoved and Zinno called with his two pair. Zinno hit the rail and Ivey advanced to the final eight.

Another short match took place, this time it was between Dan Smith and Jean-Robert Bellande. Smith pushed Bellande to hit the fold button a couple of times in the second match and Bellande was left short. He eventually put it in with king-high versus the ace-high of Smith and the board ran out clean, cementing the victory for Smith. Daniel Dvoress and Stefan “stefan11222” Burakov also had an exciting battle but a wrong read on the last hand sent the chips to Burakov who topped Dvoress in the rubber match to find a third-round birth.

One of the most anticipated matches of the day had Patrik Antonius sharing a bracket slot with Doug Polk. The two went heavy early and both showed little fear. Unfortunately for Polk, a cooler of a hand sent the first match to Antonius when both flopped trip sixes. Polk had the higher kicker but a boat on the turn for Antonius sent a victory his way. The second match brought an action flop, giving both draws and they put the chips in. Both missed and Antonius pulled in the pot with just eight-high. Polk was then short and Antonius shoved nine-eight of clubs. Polk called with ace-eight, sitting well in front until a nine flopped and the rest is history. Antonius advanced to the third round, besting Polk 2-0 in their match.

The last match of the night that was fully broadcasted happened between Mr. WPT Darren Elias and the ever-scary Stephen Chidwick. Small ball poker was the primary strategy between the two and by the time blinds were of concern, Chidwick was leading the way. He shoved ducks, Elias called with ace-eight and a clean board sent match one to Chidwick. Elias took control of the second match early, but it took just two hands in the latter stages to change that. Chidwick doubled with Kujo versus the ace deuce of Elias and finished the job during the next hand with queen-five, besting the nine-seven of Elias. Chidwick advanced and Elias fell to the wayside.

The eight remaining players will return to action tomorrow June 21, so tune into the WPT Twitch Livestream at 1 p.m. PST to follow all of the action. Tomorrow will see the following matches, Chris Kruk versus Wiktor “Limitless” Malinowski, Phil Ivey versus Stephen Chidwick, Dan Smith versus Sam Greenwood, and Patrik Antonius versus Stefan “stefan11222” Burakov all take place. The semi-finals will also take place tomorrow after the initial eight matches, playing down until just two remain for the final day and a best of five matches will then be played, not finishing until a champion is crowned.