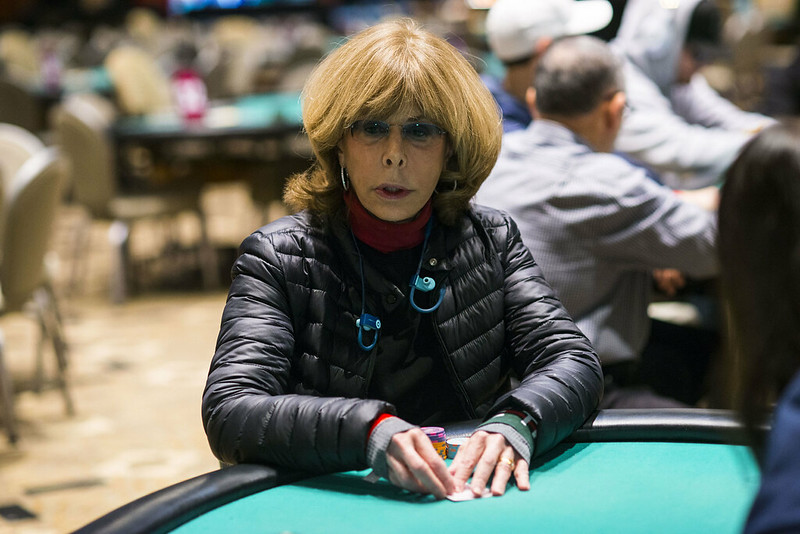 Poker has been a popular topic over the years for literary types. Al Alvarez’s The Biggest Game in Town, first published in 1983, told the story of the game’s early days in Las Vegas at the World Series of Poker. Herbert O. Yardley, a former cryptoanalyst during World War I and an icon in U.S. Intelligence, offered stories of his own exploits at the table as well as strategy and math behind the game in his 1957 work, The Education of a Poker Player.

More recently, Positively Fifth Street (2003) by James McManus told the story of the case of Ted Binion’s murder as well as the author’s own fifth-place finish in the 2000 WSOP Main Event. All earned nice reviews and have a place on the shelf of any serious literary poker aficionado.

New Yorker and Borgata regular Jane Hitchcock (pictured), 72, will soon be hoping her new novel is among those and resonates with poker fans and those just looking for a good read. Bluff mixes gambling, mystery, high society, and even murder and offers a unique version of her own life.

“It’s my story, told with revenge and murder,” says Hitchcock.

A New York Times best-selling author, playwright, and screenwriter, Hitchcock has lived an interesting life and if the book plays out like her own, it should be quite a page turner. She grew up in New York and her father Arthur Stanton was chairman of World-Wide Volkswagen, the distributor of Volkswagen and Audi vehicles in the Northeast. Her mother Joan Alexander was a well-known radio actress, who voiced the character of Lois Lane for 1,600 episodes for The Adventures of Superman.

After his death in 1987, Stanton left his wife more than $70 million. What happened next would eventually play out in 2012 on an episode of the CNBC program American Greed. Hitchcock’s mother’s estate was overseen by accountant and former financial manager Kenneth Ira Starr. He began making questionable financial investments and using funds to live lavishly.

Hitchcock helped her mother seek legal assistance and contacted authorities. In 2010, Starr was convicted of 23 counts including fraud and money laundering related to running a Ponzi scheme. He was sentenced to seven and a half years in prison.

“My mom was swindled out of $40 million and I put this guy in jail,” says Hitchcock

Others caught up in the scheme included actress Uma Thurman, Lauren Bacall, Neil Simon, and several others.

That experience was plenty of fodder for Bluff, but Hitchcock also includes plenty of her life in poker in the book as well. After her mother passed away in 2009, she moved to Washington D.C. with her husband.

“I was so upset about what had happened, I started playing online poker,” she says.

As a child, Hitchcock’s grandmother taught her to play poker and other card games. She found the game took her mind off her mother’s death and the entire ordeal she went through. After some initial success playing for free, Hitchcock decided to start playing for real money. She liked the anonymity of playing online and the chance to take on another persona.

“Online, I wasn’t this old hag in curlers and fuzzy slippers,” she says. “Online, I was ‘BluffaloBill389,’ a disaffected, out of work, angry 25-year-old.”

Bluffalo Bill trolled other players online and wasn’t friendly in the chat box as he played – the complete opposite of the author. She began winning some money, but not too much. She found her skills didn’t hold up for the long run in real-money games.

“I was winning a little money, but they all knew to come after me because I really didn’t know anything about the game,” she says.

Black Friday brought an end to her online poker fixation, and she was depressed it was over. A friend whose husband had a regular home game asked if she wanted to play. Hitchcock agreed but was concerned about playing live and not under her Bluffalo Bill alias anymore.

“They were going to see me as I really am, this old lady who likes to play poker,” she says. “I played in the home game and did alright. One of the guys took me aside and said, ‘Look, you don’t know what you’re doing but you have tremendous card sense. I can give you three lessons of how to play and negotiate positions in No Limit Hold’em.’ Two months later, I won a tournament. That was how I got into poker.”

Now with almost $100,000 in live tournament winnings, Hitchcock and her husband divide their time between New York and Washington D.C. Her biggest finish came in 2016 at Live! Casino & Hotel, where she finished runner-up in a $1,100 Bounty Knockout event for $11,825. She now believes her age and background help at the tables.

“Look at me,” she says. “My opponents don’t think I’m capable of any three-barrel bluffs, or anything else. I love the game, and as you’ll see in the book I was exposed to people I never would have met in my sphere of life. I wound up liking more of those people than I did some of my society friends who deserted me when I kept saying that [Starr] was a crook. He was very powerful in New York.”

By the first break in the action of the Borgata Winter Poker Open, Hitchcock was up to 55,000 in chips after having to fire a second bullet.

Bringing her story to the printed page, even a fictionalized account, wasn’t easy. There are fictionalized elements, such as the murder in the first scene, but revolves around her actual life and reliving some of those moments proved tough at times.

“It’s fiction, but if you read it you will see where I grew up everything,” she says. “Then it takes you into the lives of high society, New York, and the betrayal there. It’s just a fun read.” 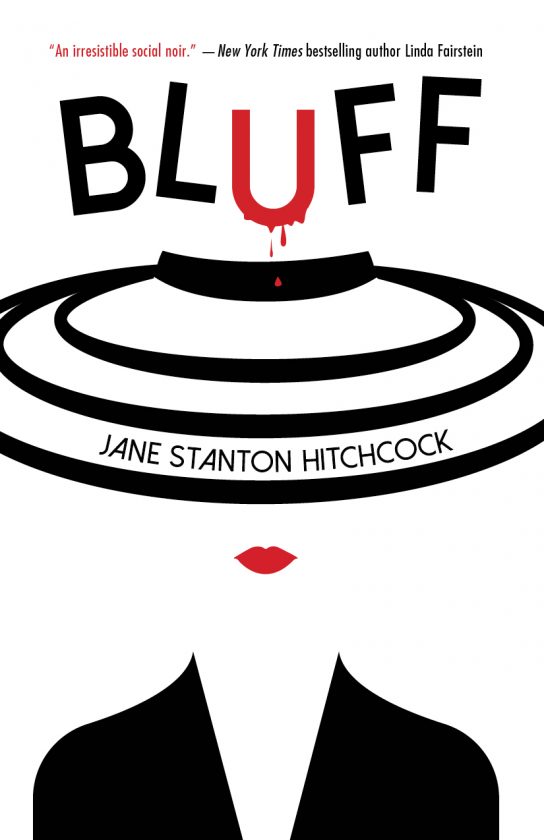 Bluff (published by Poisoned Pen Press) is set to be released April 2, has been chosen as a spring title to watch by Publishers Weekly. The book is available for pre-order at Amazon.com.