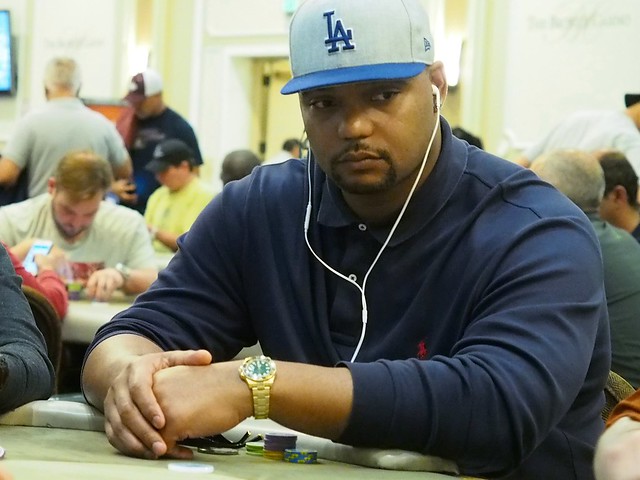 Seymour was drafted sixth overall pick in the 2001 NFL draft by the Patriots and went on to play eights seasons with them playing defensive tackle. He was a part of three Super Bowl winning Patriot teams before being traded to the Raiders in 2009, where he spent the next four seasons playing both defensive tackle and defensive end. Over the course of his career, Seymour was named to the NFL All-Pro team five times and voted into the Pro Bowl seven times. His 57.5 career sacks rank in the top 20 all-time for career sacks by a defensive tackle.

Seymour is seated at a tough table that includes Ali Eslami, Marco Johnson, Ray Qartomy and Jason Mann and is currently sitting on a stack of about 17,000.