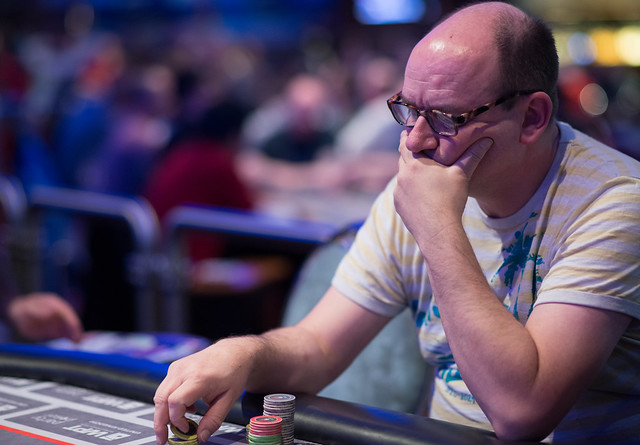 On a table featuring Jamie Roberts and Steve Watts, you’re going to need to make hay when you can.  After an opening raise of 300 from the under-the-gun player, Darren Jarvis and Steve Watts both called, before Paul Romain raised to 1550 from mid position.

Only Jarvis called to see a flop of [5sTh2d] , Jarvis checked and Romain led for 2,750. Jarvis mucked his hand with a grimace, and Romain showed [QhQs] as he raked the pot.

A good start for the man known as ‘The Rock’….hs latest hand doing nothing to spoil that nickname!