Roscoe And Lil' Dave - Pot Of The Tournament 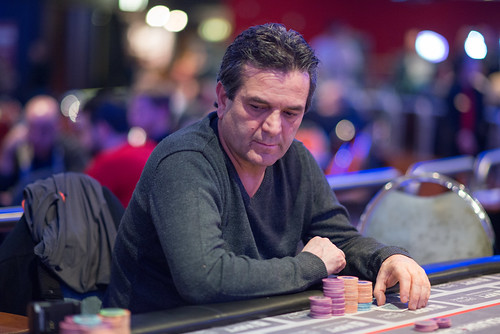 It’s not taken long for the final 24 players to really go at it, and in the biggest pot of the tournament so far, one player has taken a monster chip lead, while the other is down to fresh air.

All the money went in on the flop of [Ac2d5c] , and it was a massive showdown between the two biggest chip-stacks left in the WPT500…

With top pair, top kicker, Lil’ Dave was ahead, but the four on the turn and then another on the river gave ‘Roscoe’ a full house and a pot worth nine million! Dave is left with one big blind.