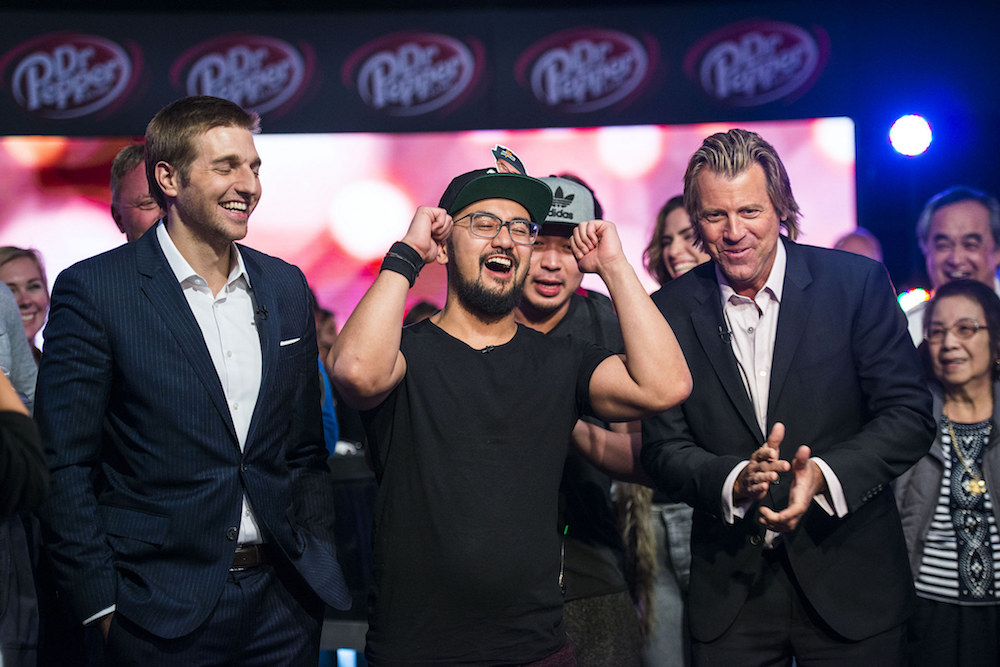 The Season XVI WPT Five Diamond World Poker Classic is in the books! Capturing the $1.958 million first-place prize was Ryan Tosoc after he topped a record-setting field of 812 entries.

“It feels unreal,” Tosoc said after the win. “I kind of feel like I’m in a dream right now.”

If Tosoc’s name sounds familiar, it very well should be. In last season’s WPT Five Diamond Main Event that attracted 791 entries (a record at the time), Tosoc reached the final table and finished second behind James Romero. In that result, Tosoc earned a score of $1.124 million.

Now, thanks to a first and second place in back-to-back seasons, Tosoc has earned more than $3 million from the WPT Five Diamond World Poker Classic.

Included in Tosoc’s prize was a $15,000 seat into the season-ending WPT Tournament of Champions, a luxurious Hublot Big Bang Steel watch, and a $5,000 membership to JetSmarter.

Tosoc defeated Alex Foxen in heads-up play. On the final hand, it was his

coming from behind against the

for Foxen. Tosoc picked up an inside straight on the

flop and nailed the

on the turn to complete it. Foxen wasn’t done yet, though, as he could still hit a queen to make a bigger straight. But, the river was the

and Foxen was eliminated in second place for $1.134 million.

“During the tournament, I like to just keep even-keeled,” Tosoc said. “The only time like I felt like I was going to win was when I was all in with queen-ten. I just felt that jack coming.”

Foxen’s finish capped off a true breakout year for the rising poker star. A former college football player, Foxen entered the WPT Five Diamond Main Event having already won more than $500,000 from live tournaments, according to HendonMob.com, in what was his best year yet. Although it’s not the win he was hoping for, Foxen can rest well knowing he performed on poker’s biggest stage to secure a life-changing, seven-figure payday.

In third place was Mike Del Vecchio, the only WPT Champions Club member to reach the final table. Del Vecchio was in line to win his second World Poker Tour title after having won the Season XV WPT Rolling Thunder Main Event. Del Vecchio didn’t pick up the second title, but he did earn a $752,196 payday for his third-place result. In the end, it was Tosoc’s

Finishing in fourth place was 21-year-old Sean Perry. Not only did Perry turn 21 on the exact day this tournament began, December 5, but he’s the son of longtime poker professional Ralph Perry. After coming to the final table with the chip lead, Perry’s run ended in fourth place for a score of $504,090. He too was eliminated by Tosoc.

Before he was knocked out in fourth, Perry busted Away Chabra in fifth. The two clashed in an interesting pot that saw the money go in on the turn of a board that read

and Chabra had the

. The river was the

Falling first from the final table was Richard Kirsch, a former WPT final tablist from back in Season VI in the WPT Mirage Poker Showdown. Kirsch fell very short before he tripled up against Foxen and Del Vecchio, but a few hands later his run came to an end when his pocket tens ran into the pocket queens of Del Vecchio. For the result, Kirsch earned $271,736. 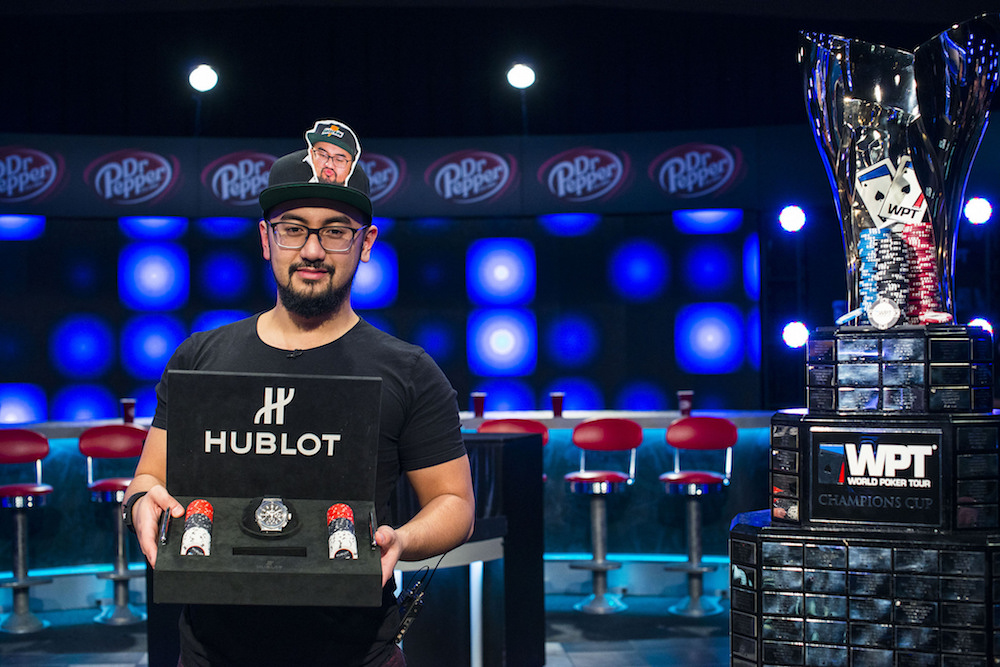 That concludes the WPT’s coverage of the Season XVI WPT Five Diamond World Poker Classic. Congratulations to Ryan Tosoc on an incredible achievement and on joining legendary players such as Gus Hansen, Daniel Negreanu, Joe Hachem, and Antonio Esfandiari as champions of the WPT Five Diamond Main Event.

As for the World Poker Tour, the next stop in Season XVI will see the WPT land in Berlin for the WPT European Championship. The full series runs January 5-15, 2018, at Spielbank Berlin with combined guarantees of €1.6 million. The €3,300 Main Event takes place January 10-15 and has a prize pool guarantee of €1 million. For more information, check out the event hub on WPT.com.