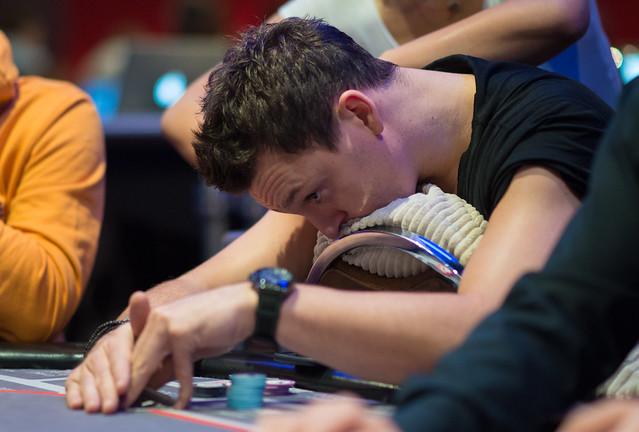 Sam Trickett has been eliminated just shy of the break.

Ian Simpson was his vanquisher, and he kindly told us the hand.

Trickett opened from early position, and Simpson flatted from position. Simpson called two Trickett bets on 6x 5x 2x Tx. The river card was the Ax. There was approx. 40k in the pot and Trickett had 30k behind; he checked. Simpson put Trickett all-in and he eventually called. It was pocket kings for Trickett, but Simpson had rivered him holding ace-king.