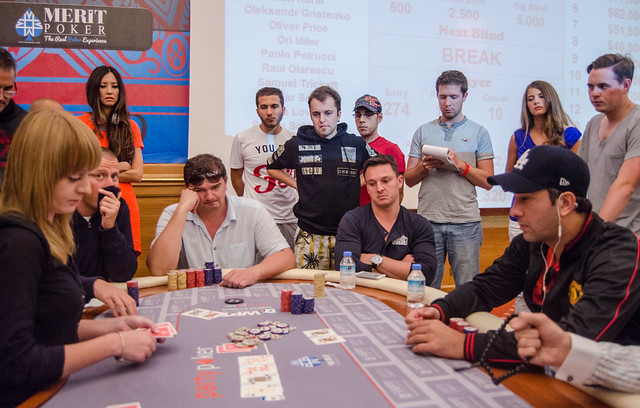 Sam Trickett and Alexander Lakhov have just clashed in a huge hand that almost saw the all time British money earner heading to the rail as the bubble boy.

Lakhov announces he is all-in and Trickett snap calls. As the players surround the table we can hear Trickett ask Lakhov if he has aces?

“I have the nuts.” He replies.

Trickett looks remarkably relaxed for a guy who is just about to be bounced out of the tournament in the worst possible position.

The dealer burns, and turns…the [9h]!

Trickett hits his full house, but remains unmoved. Only when he starts counting his stack does a small smile break out on his face.

“I thought I was going to lose that one.” Said Trickett.

You could have fooled us Sam.