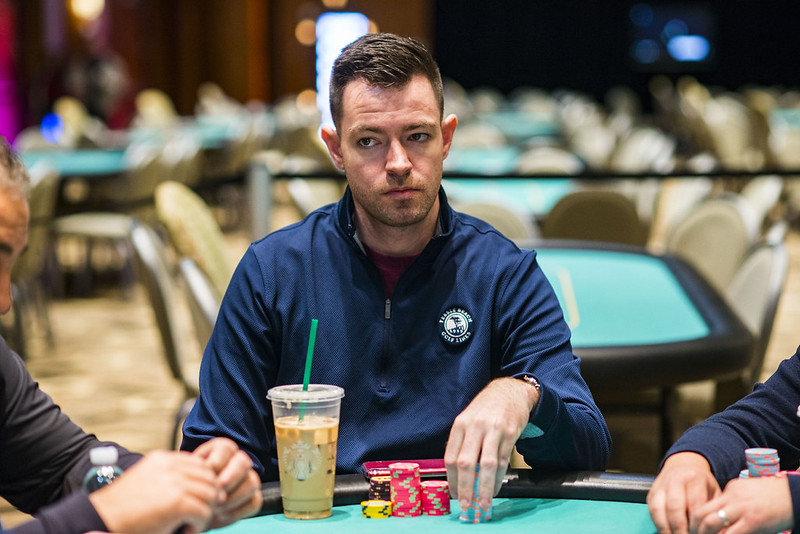 As the fourth day of action gets underway at the Borgata Winter Poker Open, one player is looking for back-to-back appearances at a Las Vegas final table in the event. Brandon Hall (pictured) finished fourth in Season XVII for $268,810 in front of the television cameras at HyperX Esports Arena at Luxor Las Vegas.

A return trip to Sin City wasn’t out of the question as he moved among the chip leaders with 24 players remaining. He started the day off on a nice note, sending Grigoriy Shvarts when his pocket Queens topped his opponent’s pocket Jacks. Hall, from Hanover, Pennsylvania, is a regular at the Borgata and is feeling good about his game and prospects.

“It feels pretty good, I can’t complain,” he said toward the end of Day 3 about his deep runs at Borgata. “I like all Borgata tournaments. It feels like home court for me.”

This becomes Hall’s sixth WPT cash and he’s hoping the big run continues. Hall has more than $1.8 million in live tournament winnings with his biggest score coming when he won the 2009 Aruba Poker Classic for $753,330. In 2014, he also came close to winning a World Series of Poker bracelet, finishing runner-up in a $1,500 No Limit Hold’em event for $381,885.

Along with playing regularly at Borgata, Hall also plays online quite a bit in the newly-regulated online poker market in Pennsylvania. The state went live in November and he says players have been receptive to the option. He credits that with some improvement to his game as well as his study routine.

“I play a lot online,” he says. “Besides that, I put in a lot of time working on my game when I made the final table last year because there was a three-month layoff. I studied a lot in preparation.” 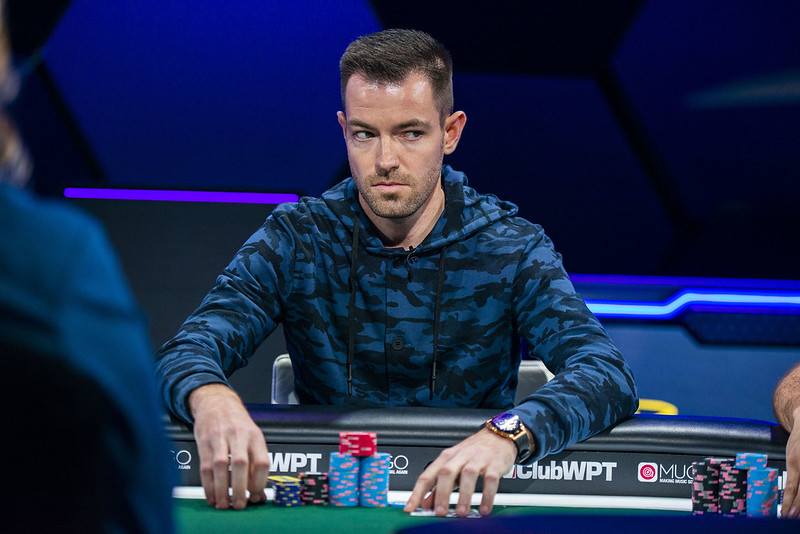 With some nice success on some big poker stages, another big bullet point on his poker resumé would be nice. This final table is set for April 1 and Hall was pleased the first time with the overall experience.

If he can continue the run, he’ll have a shot topping that fourth-place finish from 2019 and possibly earn a WPT title this time.