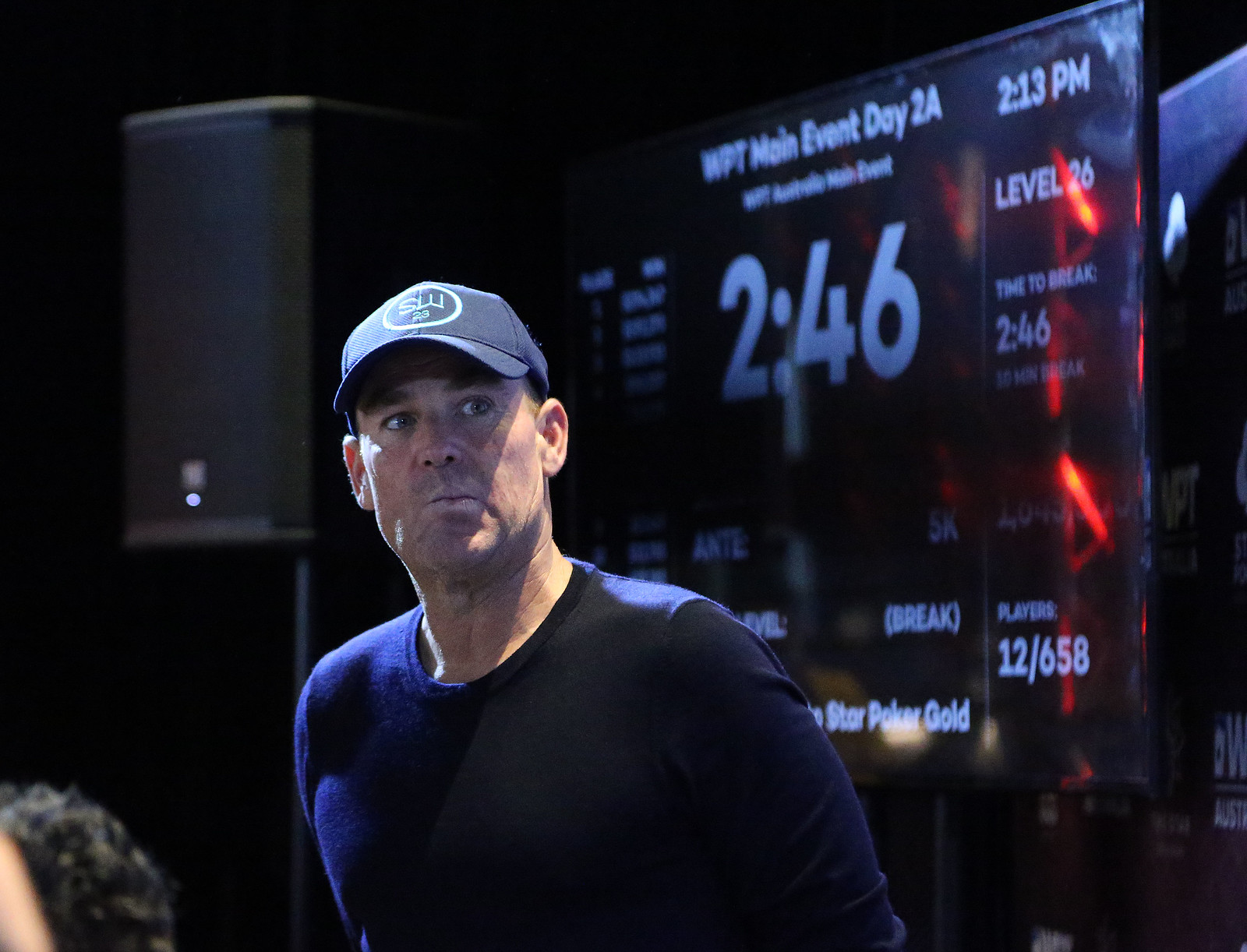 Shane Warne (pictured) moves all in for 305,000 from under the gun and is quickly called by Chris Barker in the next seat over. The rest of the table mucks their hand.

The dealer drops the

flop, and the room gasps in excitement, as Warne improves to two pair and takes the lead.

on the turn changes nothing as Warne needs to fade one more card.

Warne is congratulated by a round of applause from the entire casino floor as his tournament ends in 12th place.

Photo:  Chris Barker (center right) reacts to the six on the turn that gives Shane Warne (center) the lead. 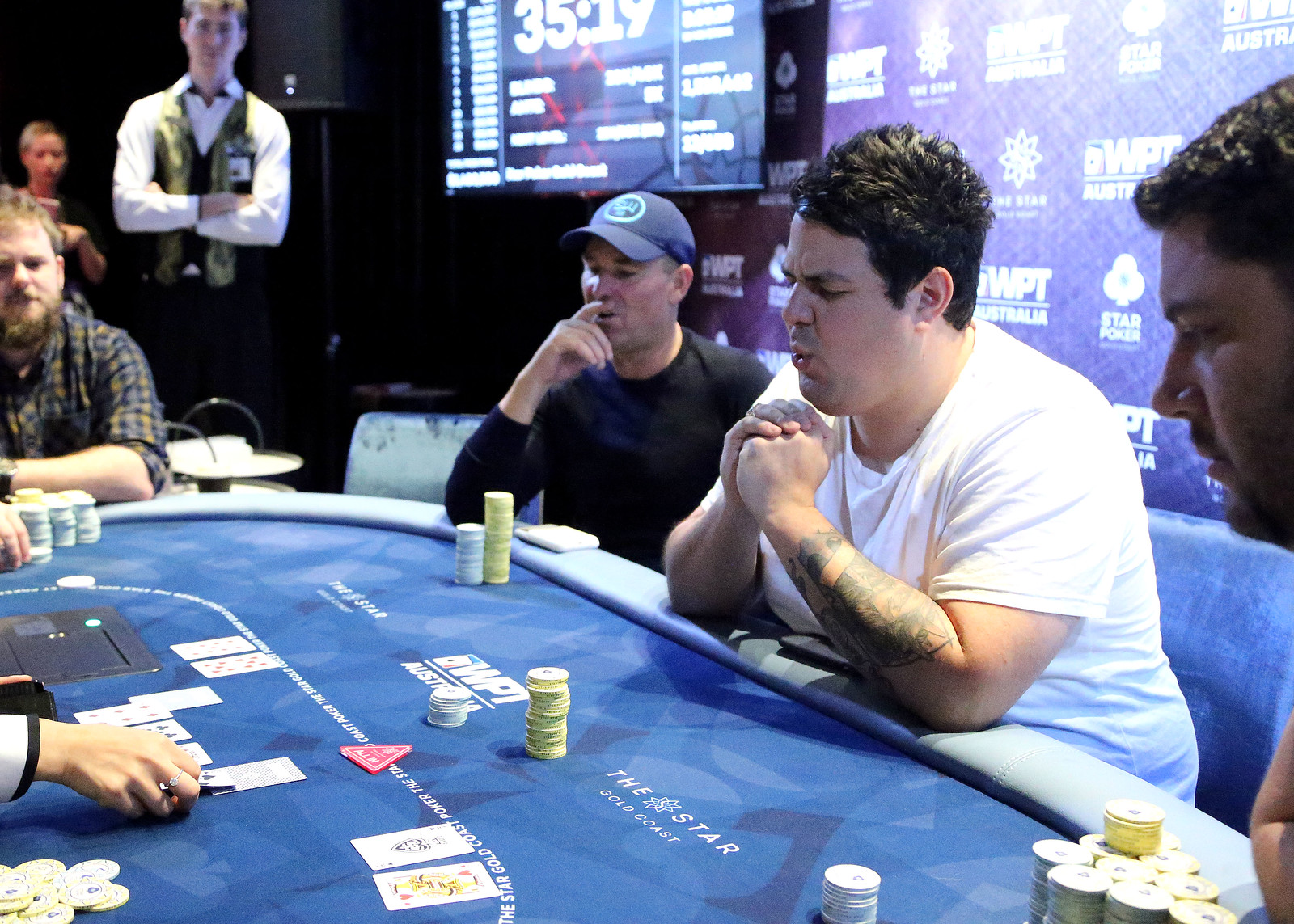