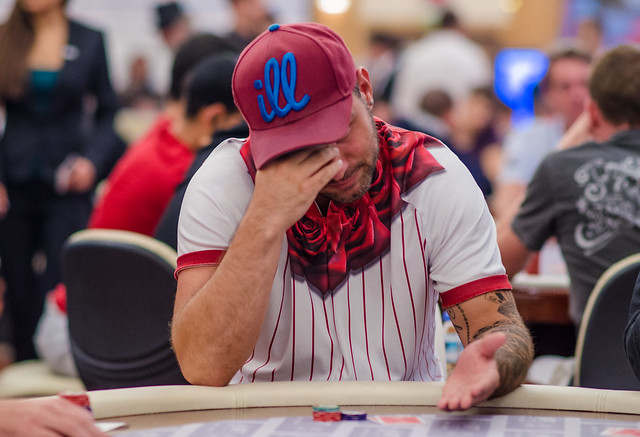 The reigning champion has just taken the scalp of the WPT National Marbella winner Steve Watts.

We didn’t see the flow of the action, but a clearly frustrated Watts told us that Rybin had opened for 1,200, Watts had three-bet to 4,400, and Rybin had called. The flop was [Qd] [5c] [3s] and the pair somehow conspired to get all the money in with Watts at risk of elimination.

Watts can’t believe it, Rybin can, the [6h] on the river changes nothing, and Watts is out.