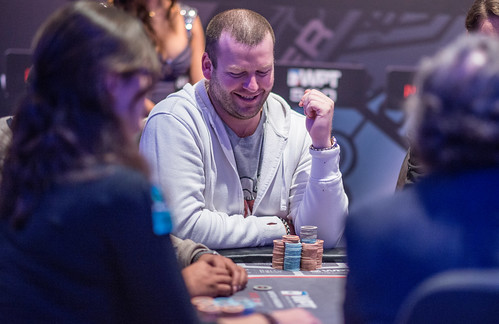 Richard Buck has left the WPT500 tournament in 6th place, after being eliminated on the river in a cruel way.

All of his chips went in on a flop of [9d5d4c] , called by Derek Payne. Buck had [9h6s] and was ahead of derek’s [Ad2d] but the ace of clubs landed on the river and broke Buck’s heart, ending his dream in 6th place.

"I wish it had been a diamond, that would have been OK." sighed Richard afterwards. "The pay jumps are getting bigger now.

He’s not wrong.  Here’s what’s still left to be paid: