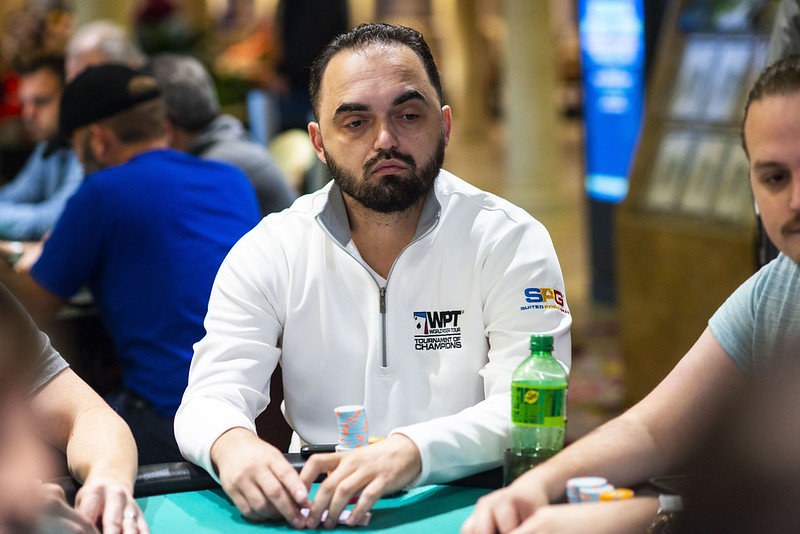 Photo:  Tony Sinishtaj is a member of the WPT Champions Club, having won a WPT title back in Season 15.

and Kenny Huynh (chaposticks) called from the big blind holding

and Huynh checked to Sinishtaj who continued for 910,000. Huynh check-raised to 3.3 million and Sinishtaj called.

The river was the

, Huynh moved all for 13.1 million with his two pair, queens and fours, and Sinishtaj called, winning the pot — and the tournament — with the same two pair with an ace kicker. 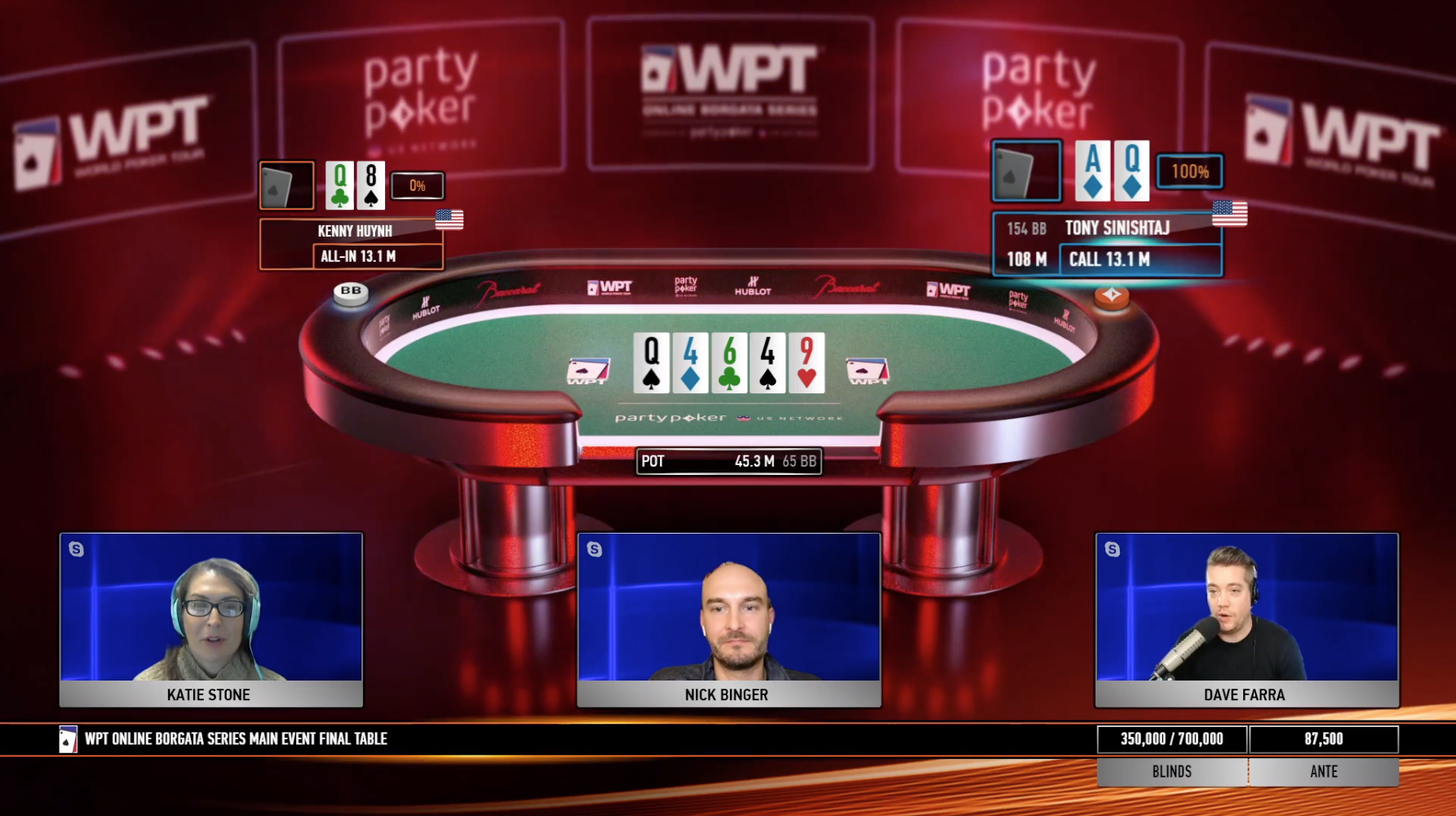