Top Pair for Kenny Huynh to Increase His Lead 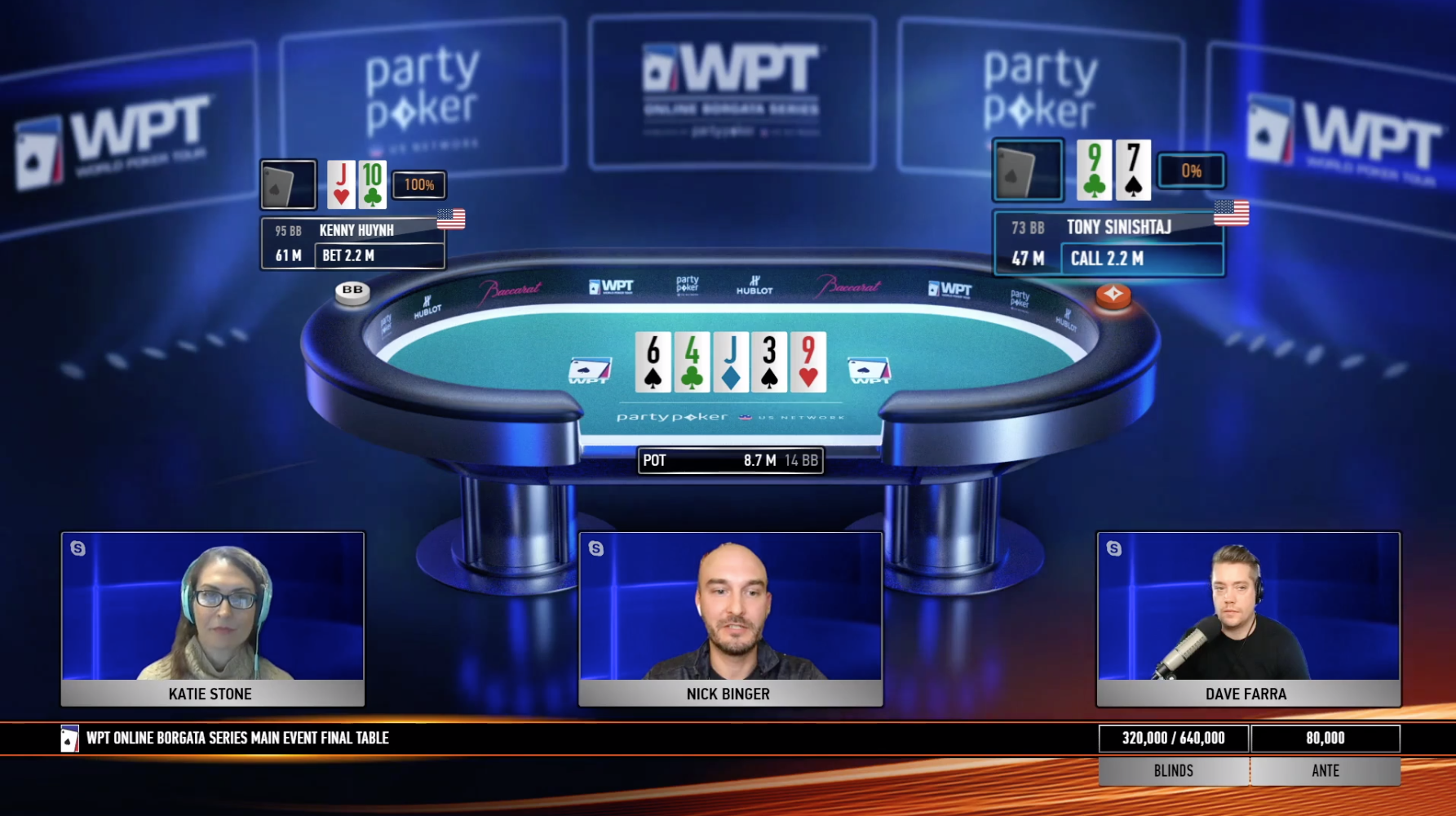 and Kenny Huynh (chaposticks) called with

from the big blind.

The river was the

Huynh won the hand with a pair of jacks, besting Sinishtaj’s pair of nines.