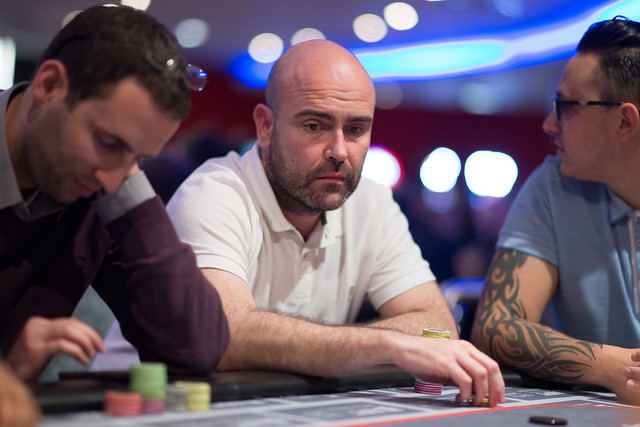 We’re flying towards 300 entries here at DTD as the players approach their first break. They’ll be able to chill out in the partypoker Players’ Lounge if they choose, playing killer pool, darts or taking out their bad beat stress on the boxing machine.