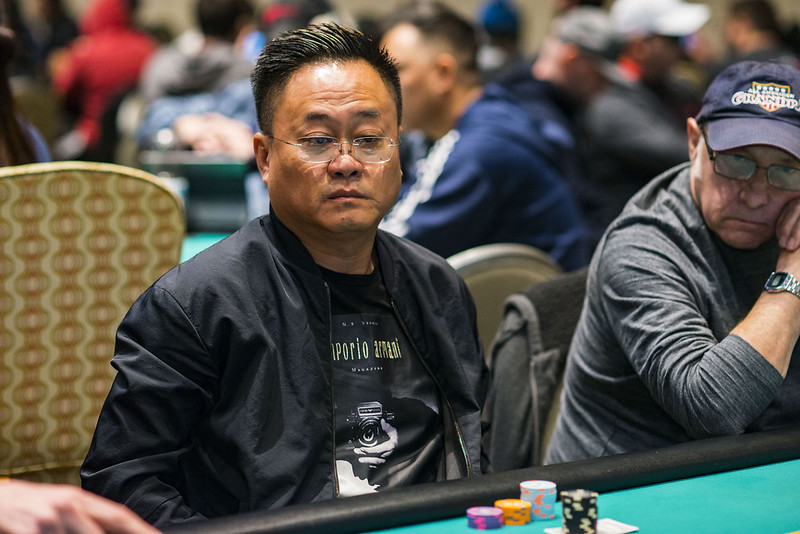 With one ticket already punched for a WPT Las Vegas final table appearance, Tuan Phan (pictured) was among those in the field for Day 1B of the Borgata Winter Poker Open. The 49-year-old player from Los Angeles area is now hoping to make it a second straight appearance at Luxor Las Vegas.

“Hopefully, I’ll be at the second and third final tables too,” he said with a laugh at the second break in the day. “That’s why I’m here. That would be an accomplishment. I’m here, so I have a chance.”

Phan sits fourth in chips of the six players remaining when the Gardens Poker Championships plays to a winner March 31 in front of the television cameras. The event will be filmed for broadcast on FOX Sports regional networks. The BWPO final table is set for April 1 and Phan’s scenario begs the question: who will be the first player to qualify for two straight final table appearances at HyperX Esports Arena?

Ask Phan, and he’ll let anyone know he’s hoping to be the player to check off that accomplishment. With plans also to play in the L.A. Poker Classic at the Commerce Casino, Phan is hoping he’ll get some final table overload in Sin City. So far, eight friends and family members are making the trip to cheer him on but several others may be coming at the last minute as well.

As a local player at the Gardens, Phan has received plenty of congratulations for his accomplishment. He says many were hesitant to text or contact him in the later stages of making the final table for fear of jinxing him. That changed once he’d made it and his phone was blowing up.

Phan plays quite a bit of poker, but also owns a Vietnamese restaurant back in L.A. When not at the tables he enjoys spending time with his wife and 11-year-old son. The Gardens has been his regular spot to play cards for 14 years.

This marked the best of three nice runs for Phan in WPT events at the Gardens. In Season XVII, he scored an eighth-place finish in the Gardens Poker Festival  for $69,705. He was sent to the rail when his pocket Kings were beaten by Simon Lam’s pocket 10s. Lam went on to add his name to the Champions Cup and won $565,055.

Later that season, there was also a 32nd-place finish for Phan in the Gardens Poker Championship for $19,120. What would it mean for him to bring home a WPT title?

With more than two months left before the final table in Las Vegas, Phan has no plans to study his opponents or do anything particularly different as the big day approaches. One thing will be his focus however, playing more poker.

“I have one buddy that I travel with and we talk poker,” he says. “We just go by ear. I’m just going to play, but nothing’s been accomplished yet.”

Would playing a second final table appearance or even a third – lead to some exhaustion? Back-to-back appearances at the HyperX would mean playing poker at the highest level for hours. Phan rules out any struggles from so much poker.