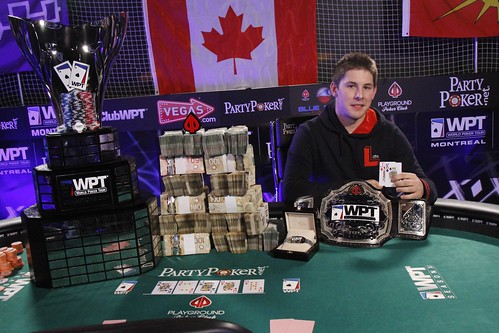 World Poker Tour Champions Club member Jonathan Roy won the inaugural WPT Montreal during Season XI, topping a field of 1,173 players to capture the top prize worth $784,101. He went on from that win to cash multiple times during Season XI and he challenged for WPT Season XI Player of the Year honors.

He finished in second place in the POY standings, racking up 2,400 points behind the 2,575 of winner Matt Salsberg. Roy gave Salsberg quite a sweat though because he finished in third place at the season-ending WPT World Championship. That cash was his second WPT final table and sixth overall on the tour.