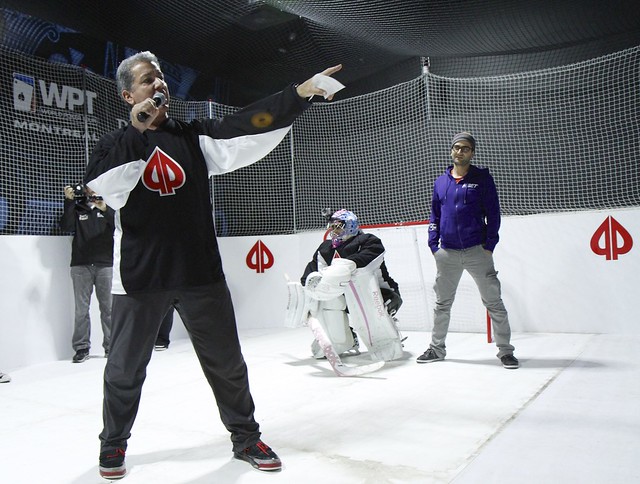 Longtime friends Antonio Esfandiari and Phil Laak had set up a prop bet before coming to WPT Montreal, to see which one of them would do a better job as a goalie in ice hockey.

They would not only be facing fellow poker players like Daniel Negreanu (an experienced ice hockey player) and Mad Marvin Rettenmaier (not so experienced), but professional NHL players Guy Carbonneau and Phil Kessel.

The Playground Poker Club built a temporary hockey rink on the stage overlooking the tournament area, though it kept the hard floor instead of ice; after all, nobody would be skating, just standing still as they either took shots on the goal, or tried to protect it.

The key players in this scenario all showed up early on Day 1B, whether they were playing today or not, to settle the prop bet before play began. Here’s how it went down. 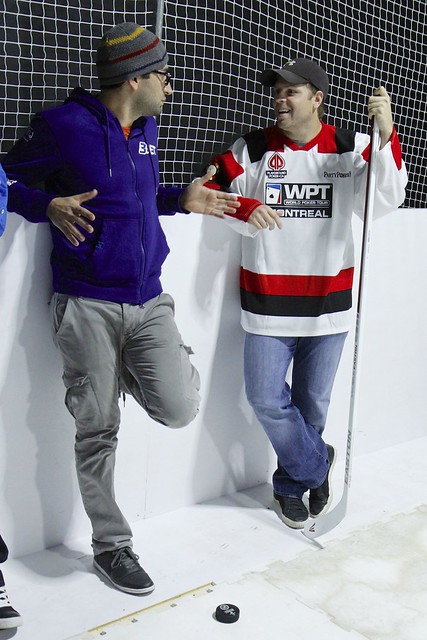 Antonio Esfandiari (left) gets some advice from professional hockey player Phil Kessel, who plays forward for the NHL’s Toronto Maple Leafs, and represented the U.S. Olympic team when they won the silver medal in 2010. 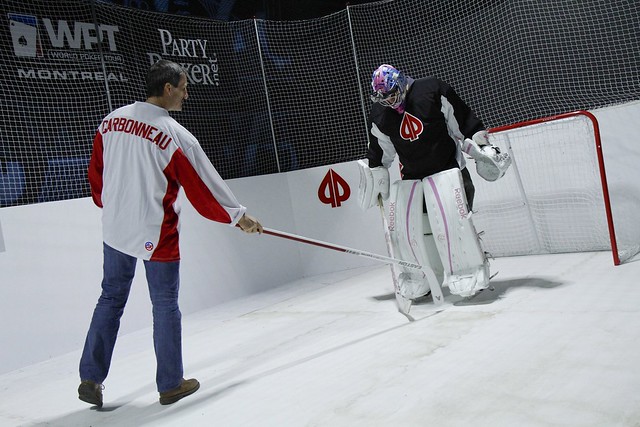 Phil Laak was the first player to don the goalie uniform, and he got some last-second tips from retired NHL player Guy Carbonneau. Carbonneau was an integral part of three different Stanley Cup-winning teams: the 1986 Montreal Canadiens, the 1993 Canadiens, and the 1999 Dallas Stars. 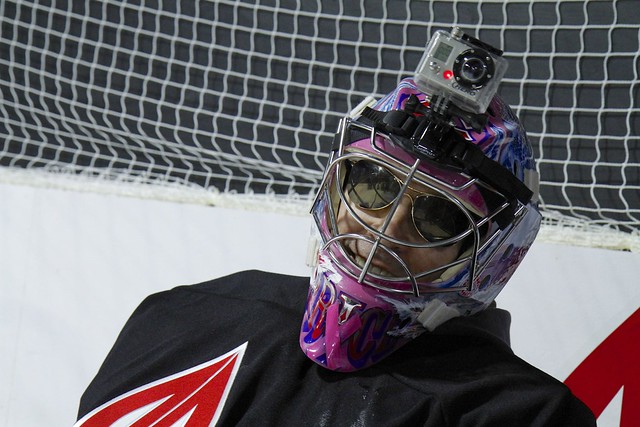 Phil Laak smiles for the camera shortly before he became a target for speeding pucks. 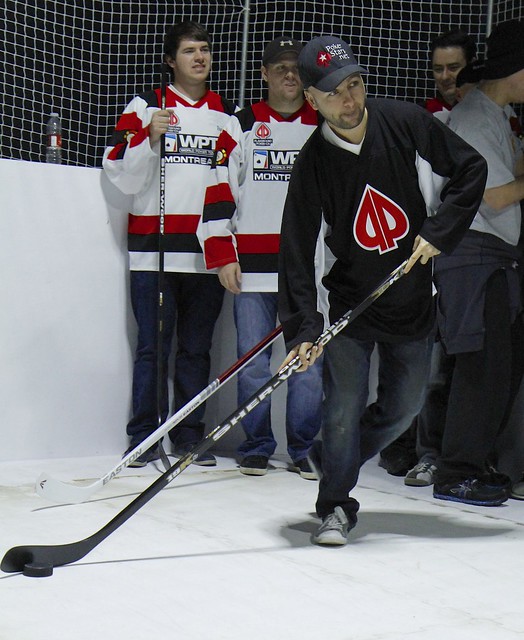 Canadian Daniel Negreanu grew up playing hockey, and he was really enjoying the fact that he got to take some slap shots at his friends Antonio and Phil. 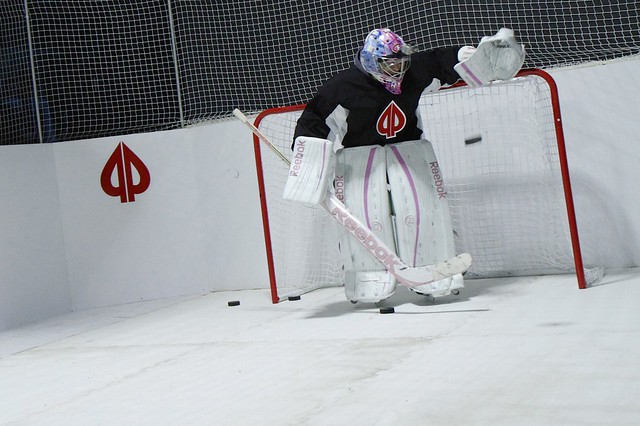 Phil Laak was able to block a shot or two, but most of them got by him, including this one. 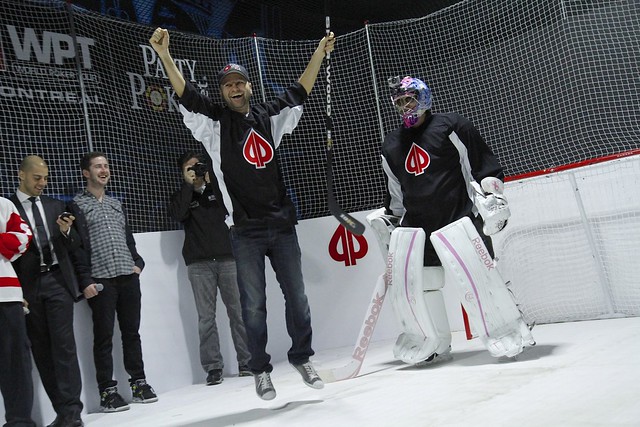 Daniel Negreanu went 5-for-5 in his shots against Phil Laak, and leaped in the air to celebrate. 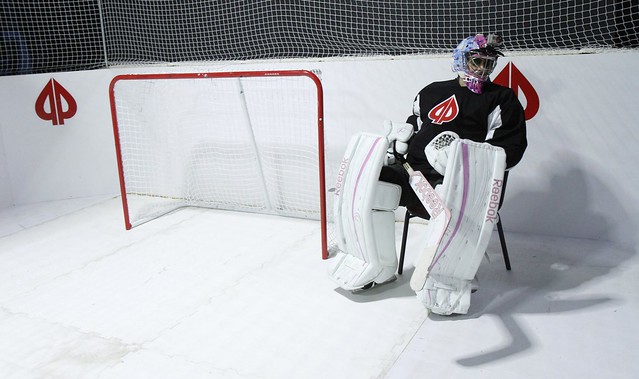 Phil Laak had to sit down for a moment after his session, claiming that the goalie uniform was not only hot and sweaty, but the shape of the pads forced his knees into an uncomfortable crouching position. 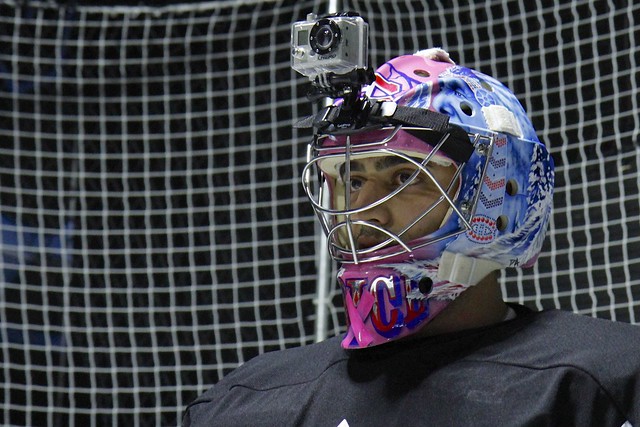 Then it was time for Antonio Esfandiari to take his turn as goaltender, and see if he could improve on Phil Laak’s performance. 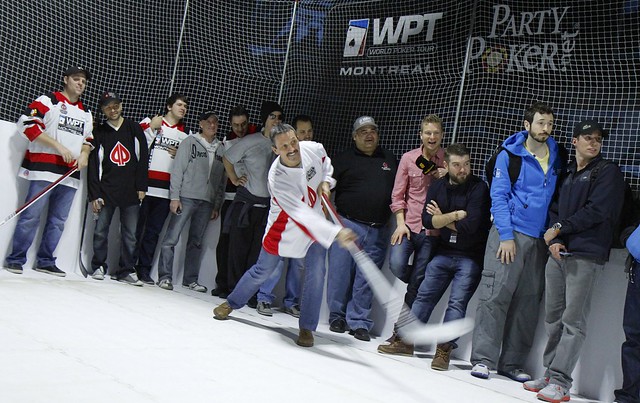 The professional hockey players took it a little easy on Antonio and Phil, but they did cut loose with a couple of harder shots to give them the true experience. The crowd of onlookers (including poker pros Marvin Rettenmaier, Brian Rast, and Jeff Gross) watches as Guy Carbonneau sends a quick shot at Antonio. 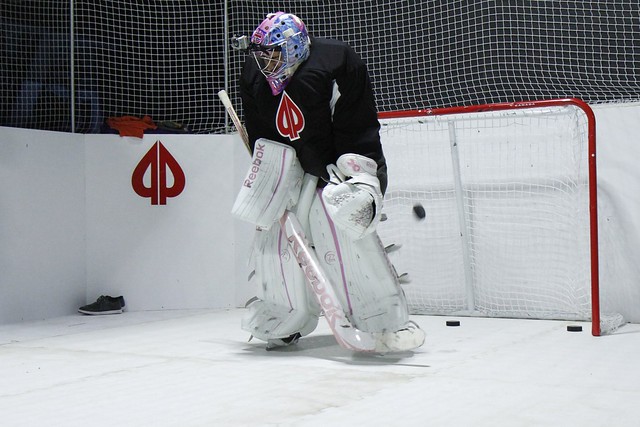 Antonio Esfandiari flinches as a puck ricochets off of his body and into the goal behind him. You can see two other successful scores on the "ice" behind him. 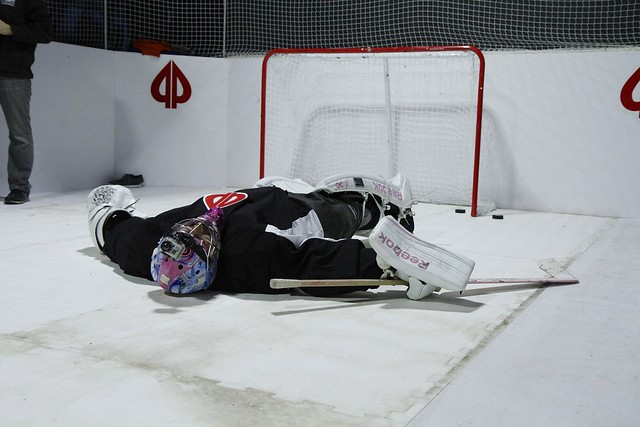 When Antonio’s time in the goal came to an end, he slowly dropped to the ice in exhaustion, and when he finally got up, he had a new respect for hockey goalies. 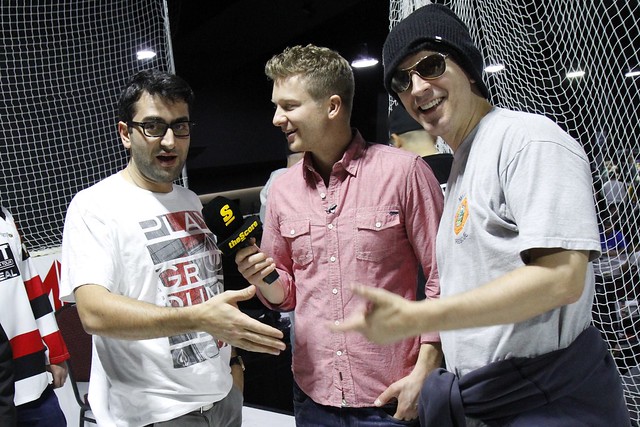 Antonio Esfandiari (left) and Phil Laak (right) talk about the experience after changing back into more comfortable clothes. 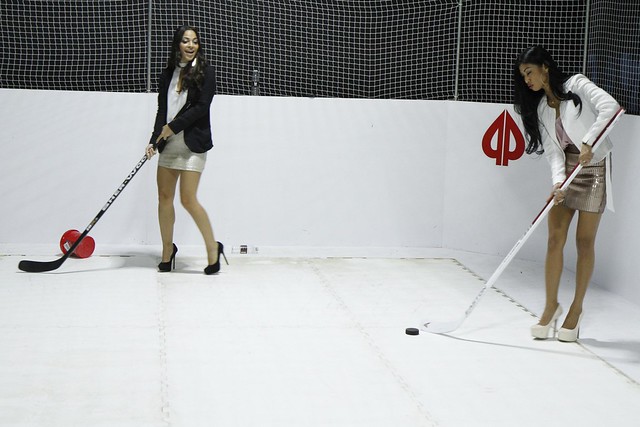 When the tournament started, the makeshift hockey rink emptied out, and Royal Flush Girls Angelique Velez (left) and Ivy Teves (right) decided to test out their own hockey skills.

Note that they are both wearing high heels instead of ice skates. Of course, you should also keep in mind that there was no ice, just the hard floor of a stage. 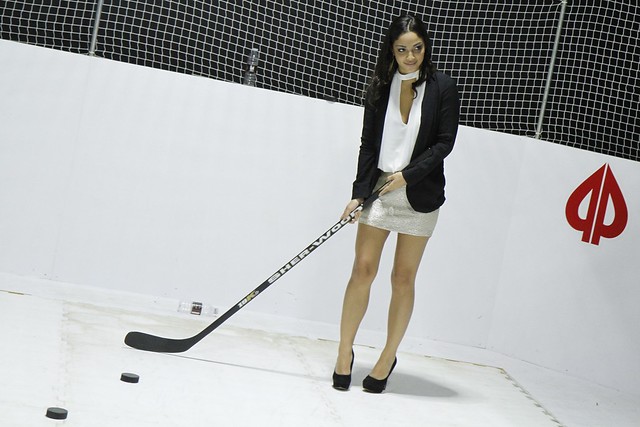 Angelique Velez takes a few shots on the goal, but keeps an eye on Ivy to see how she’s doing. 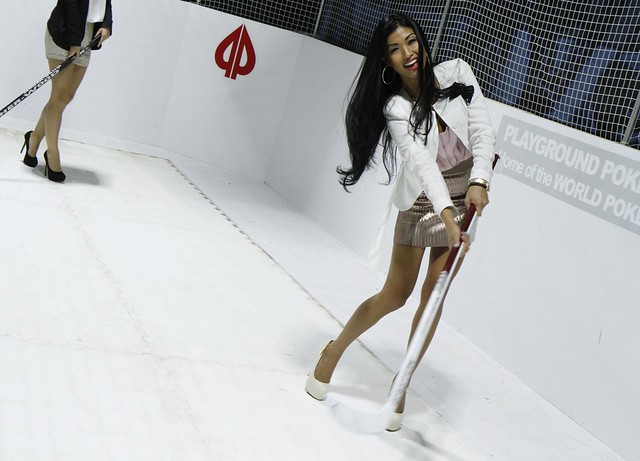 Ivy Teves looked more like a golfer than a hockey player as she was teeing up the pucks, but at least she was having a good time. 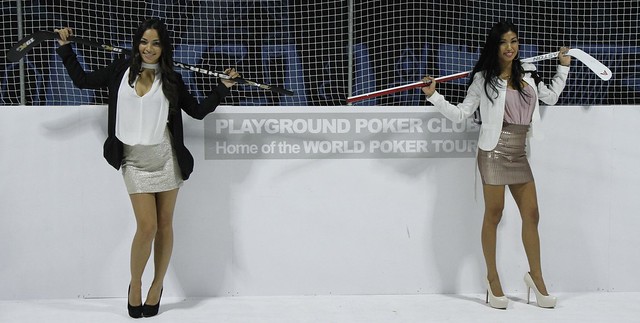 Angelique Velez (left) and Ivy Teves decided hockey wasn’t their game, but it was still a fun way to cut loose on a tournament afternoon at the Playground Poker Club.