By Mickey Doft and Tim Duckworth 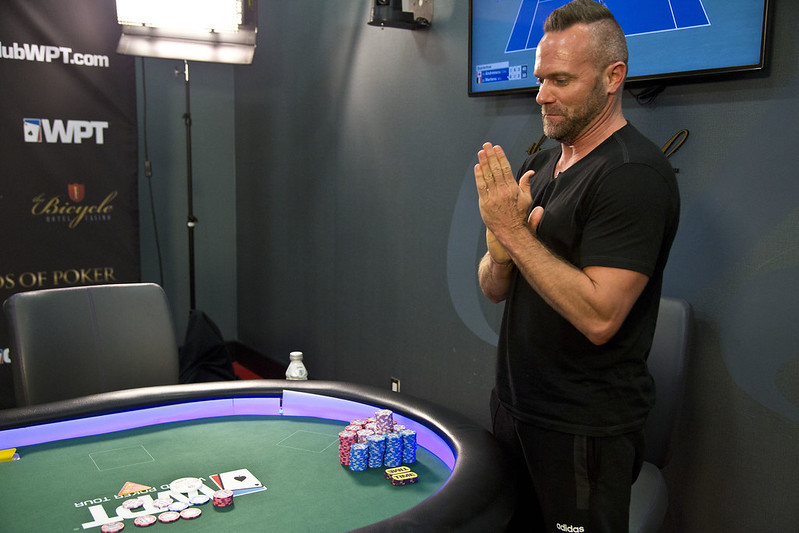 Winning poker tournaments is difficult. Winning poker tournaments starting the final table as the short stack is another hurdle to overcome. Winning a WPT title on your first attempt? That is what dreams are made of, and for Aaron Van Blarcum, he achieved these lofty ambitions at the Season XVIII WPT Legends of Poker as he topped the 520 entrant field to capture the $474,390 first-place prize. Most importantly, he is now forever a member of the WPT Champions Club.

The 43-year-old native of Dallas, Texas, wasn’t the most accomplished player arriving at the final table today as his lifetime career earnings sit just over $72,000 with the majority of those coming in the 2019 WSOP Main Event where he finished in 212th place for $50,855. Following that score, Van Blarcum decided to take some shots playing on the World Poker Tour. It was a wise decision.

“It feels great,” Van Blarcum said afterward. “I planned on playing in six of these [WPT’s] this year and this was the first one, so it’s pretty awesome.”

“Normally I just play cash games and that’s it. I go to the tournaments, but never play the tournaments, so I just decided to give it a try. At the World Series [Main Event] I got 212th, so I decided to go ahead and do six of these. This was the first stop, so it looks like it turned out pretty well, and I’ll continue to do it.”

Immediately out of the gate at the WPT Legends of Poker final table, Van Blarcum began to increase his chip stack displaying a mix of aggressive play and showing down the best hand. Van Blarcum would eliminate Antonios Roungeris in sixth place when his

held up after Roungeris shoved the big blind with

and was unable to improve as the Greek-born local cash game grinder pocketed $96,955 for his efforts.

“I was the short stack with 2 million, so I knew at the very beginning I had to run a little bit good and it started off well, so I can’t have any complaints. I feel like I ran pretty good the entire time.”

Van Blarcum then ticked off one of the rarest poker accomplishments by making a Royal Flush before playing a pot against the chip leader Gueorgui Gantchev when both players held jacks-up, but Van Blarcum held the superior kicker. Gantchev made a tough fold which turned out to be correct once the cards were revealed on the live stream later on. Van Blarcum sat behind a stack of more than double what he began the day with, and when he flopped two pair against Gantchev’s top pair, Van Blarcum headed to the first break as the chip leader.

and was looked up by Gantchev and his

. A third queen fell on the turn, and Hwang headed to the rail with $127,165 to show for his efforts. Just a few hands later, Vahan Sudzhyan shoved the turn with a straight draw but Van Blarcum held a king-high flush and would make the call to eliminate Sudzhyan in fourth place for a $168,630 payday.

Down to three players, Van Blarcum held half the chips in play and continued to increase his chip lead in a pot against Jared Griener when he flopped two pair to increase his lead to 65% of the chips in play. For Griener, who was appearing at his third WPT final table, he scored a double through Gantchev when he won a race, but on the next hand he would shove again and this time see his

. Van Blarcum turned a set as Griener turned a straight draw, and when the local player failed to improve, Griener equaled his best WPT result and collected the $226,040 payday.

Van Blarcum now held a four-to-one chip advantage entering heads-up play with Gantchev for the WPT Legends of Poker title. Gantchev managed to close the gap slightly over the first part of their heads-up match, but Van Blarcum soon wrestled back his advantage. On the 29th hand of heads-up play, Van Blarcum raised the button holding

. Van Blarcum shoved, and after some deliberation, Gantchev called off his roughly 64 big blind chip stack. The board ran out

and Gantchev was eliminated in second place for $306,265 in prize money. 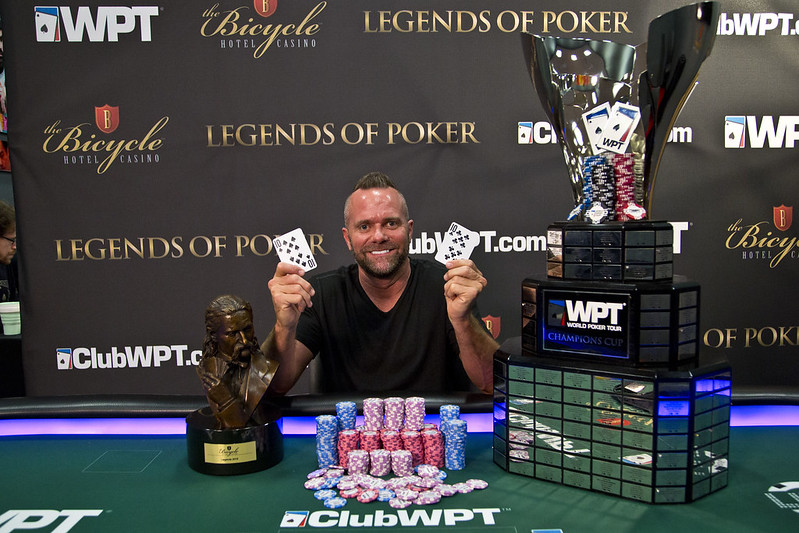 “For the most part when I got to the final table everything just kind of went like it was supposed to. I ran very well at this final table from start to finish.”

For Van Blarcum, his decision to enter his first WPT event has resulted in the unimaginable finish. He captured the $474,390 first-place prize which includes a $15,000 entry into the season WPT Tournament of Champions. His name will now forever be etched on the WPT Champions Cup, and he currently holds the lead in the Season XVIII Hublot WPT Player of the Year race ahead of the WPT Gardens Poker Festival Champion Roger Teska.

“I’ll do as many WPT’s as I can. Maybe do a few more now, obviously, with the extra money and stuff. But yeah, I’ll do as many as I can and see if I can get the Player of the Year.”

Van Blarcum achieved what some people might call the impossible – winning a WPT title on their first attempt. But with that impossible goal now achieved, Van Blarcum can turn his attention to the upcoming WPT Borgata Poker Open (September 15 -20) where he’ll look to achieve the impossible once more – winning back-to-back WPT titles in his first two attempts.

“Winning this is going to make it where I play a lot more tournaments.”