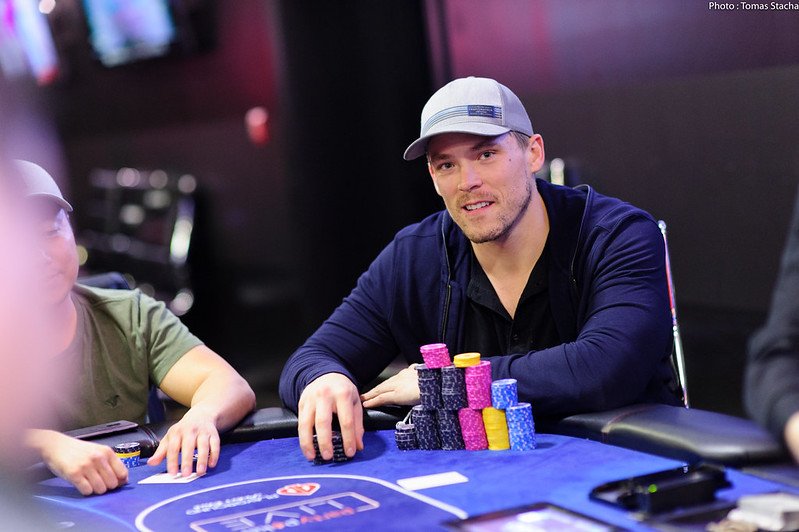 The third and final opening flight of the Season XVII WPT Montreal C$5,300 Main Event featuring a C$5 million guarantee has come to a conclusion at the Playground Poker Club in Kahnawake, QC. A field of 369 entries was generated across the eight levels of play, and just 220 players would survive into Day 2 with Alex Foxen (pictured above) leading the Day 1C flight with 213,800 in chips.

Over the past few years, Foxen has been traveling the worldwide tournament circuit collecting results in a multitude of cities and countries on his way to having his lifetime tournament earnings sit at over $6.2 million. To date, Foxen has collected over $1.7 million in earnings just on the World Poker Tour. Foxen claimed his biggest lifetime score in the Season XVI WPT Five Diamond World Poker Classic for $1,134,202 when he finished runner-up to Ryan Tosoc. Foxen did manage to find some retribution at the Season XVI LAPC where he won the $25,500 buy-in Rockstar Energy High Roller for $424,625. With Foxen currently sitting in fifth place on the overall leaderboard, he’ll be hoping his start today will be the springboard to making at running at entering the WPT Champions Club in just a handful of days.

Homan Mohammadi was the chip leader before Foxen snatched it from him in the final level, and although Mohammadi made a big fold holding pocket tens preflop that would have seen surge close to 300,000, he still managed to end with 197,500. Rounding out the top few counts are Quentin Siffledeen (185,400), Senthuran Vijayaratnam (184,100), and Steve Firestone (168,200). 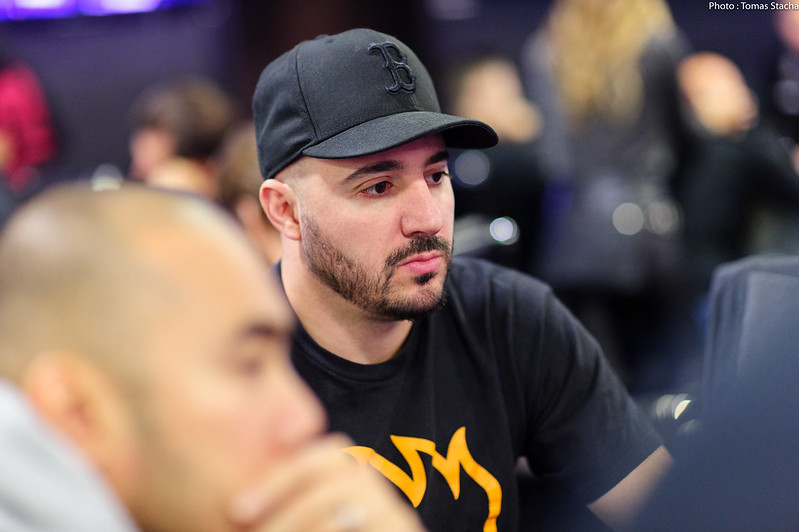 Following a fourth-place finish at WPT Choctaw before claiming his second WPT title when he won WPT Maryland, Tony Ruberto (pictured above) rose to the top in the Season XVII Hublot WPT Player of the Year race ahead of Erkut Yilmaz. Ruberto played a patient game today picking his spots here and there before he ended with 61,800. A plethora of WPT Champions Club members also survived into Day 2 as the likes of Victor Ramdin, Amir Babakhani, Mohsin Charania, Erkut Yilmaz, Dylan Wilkerson, Eric Afriat, Mike Sexton, Marvin Rettenmaier, Darryll Fish, Will Failla, and David Ormsby will all return on Thursday.

A total of eight ladies survived into Day 2 as Carla Sabini (pictured below) leads the pack with 95,500 in chips, followed by Melanie Weisner (65,000), Kelly Minkin (56,400), and Kristen Bicknell (53,600). Also making it through is Lynn Phan, Karine Broeckaert, Laurence Grondin, and Maria Konnikova. 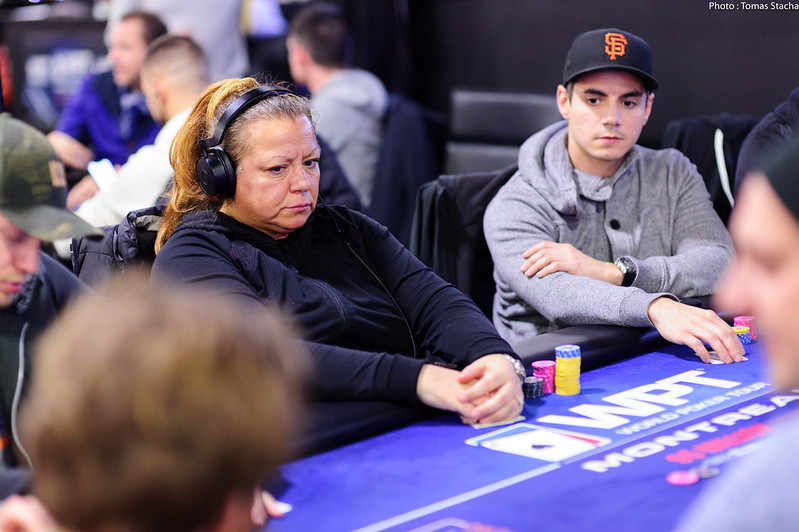 Day 2 is set to begin at 12 p.m. (EDT) with the 621-entrant field expected to swell upwards. Players will be playing nine 60-minute levels with a 45-minute dinner break set to be taken at approximately 6:30 p.m. (EDT).

Stay tuned right here to WPT.com for the exclusive live coverage of WPT500 Montreal, along with the other events of the WPT Montreal festival.