By Ryan Lucchesi Alex Greenblatt topped a field of 446 entries to win the Season 5 WPTDeepStacks Thunder Valley Main Event on Monday at Thunder Valley Casino Resort. The professional poker player earned his first WPTDeepStacks title, and $122,500 in first-place prize money, which included a $3,000 championship prize package. This is one of the biggest… 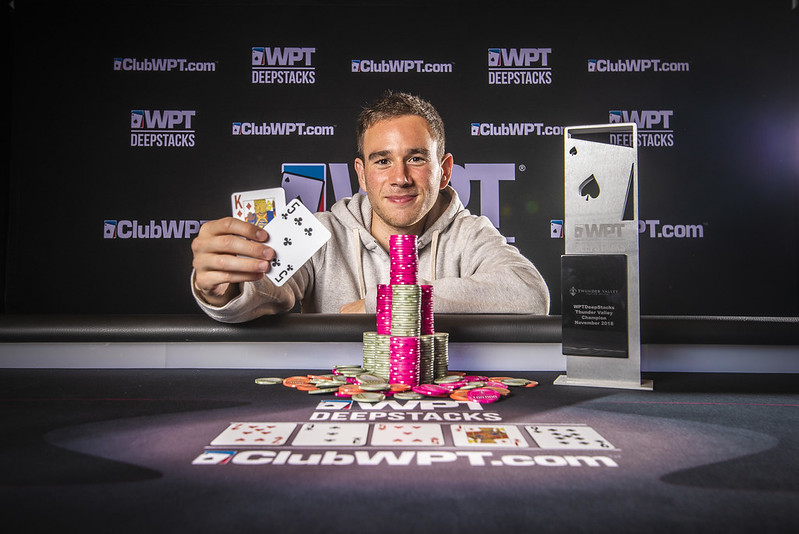 Alex Greenblatt topped a field of 446 entries to win the Season 5 WPTDeepStacks Thunder Valley Main Event on Monday at Thunder Valley Casino Resort. The professional poker player earned his first WPTDeepStacks title, and $122,500 in first-place prize money, which included a $3,000 championship prize package. This is one of the biggest wins of Greenblatt’s poker career, and his career earnings now stand at $1,317,760.

When he was asked about his strategy for the final table tonight, Greenblatt had this to say. “I was going to try and play small ball. I wasn’t going to try to do much bluffing, maybe one or two barrels and not try to make anyone fold top pair.”

“I guess I’m up on the year so I will try to finish strong. Now I’ve got this championship to try and go win, so that should be fun. It was great, the staff is lovely, they know what they’re doing, they run a good show. WPTDeepStacks is a great tour, good structures, this tournament was amazing,” said Greenblatt when he was asked about his plans to end the year and overall thoughts on the tournament to end the interview.

Warren Kashiwagi then survived in a chop, but the next time he was not so lucky and busted in sixth place. Paul Chai then fell in fifth place, and Kelly Douglas exited in fourth place. The elimination of Nick Wooderson in third place then set up a heads-up final between Alex Greenblatt (7.11 million) and James Brown (6.27 million).

Greenblatt fell behind slightly after an hour of play, but then he scored a huge double up to take a gigantic chip lead. The final hand was played just a few minutes later. Brown was all in preflop for just over 600,000, and Greenblatt had him covered on the button. The two players then flipped over their cards.

That concludes our coverage from WPTDeepStacks Thunder Valley. Thanks to Thunder Valley Casino Resort for hosting another great stop on the tour.

It’s only April, but it’s been a banner year for Thunder Valley Casino Resort. The Northern California venue opened a brand new poker room this year and has already hosted two very successful WPT-branded events, first with WPT Rolling Thunder that attracted 440 entries and then with WPTDeepStacks Thunder Valley that attracted 724 entries. Today,…

Tuiofu Hunkin (pictured) topped a field of 678 entries to win the WPTDeepStacks Thunder Valley Main Event on Monday at Thunder Valley Casino Resort in Lincoln, California. Hunkin earned his first WPTDeepStacks title, and $121,000 in first-place prize money, which included a $3,000 championship prize package. This is the biggest win of Hunkin’s poker career, and…