Two and a half weeks of memorable poker came to an end last night, as the final three title-winners made themselves known in a thrilling conclusion to the WPT500 series.

The lights were set as the WPT500 Knockout main event final table prepared to play out. In the end, Armin Rezaei converted his chip lead into victory. Over in the Super50 Knockout, Floyd Rosner took the title, while the one-day Closer PKO also took place…the third trophy of the evening going to Vitor Abreu.

It took eight days from start to finish for this epic event to play down to a winner. Eight starting flights were on the schedule, and by the end of them 2,601 entries had been logged, creating a mammoth $1,300,500 prize pool. The three-day event culminated in an exhilarating finale last night, with all the action rounded up in just two and a half hours. 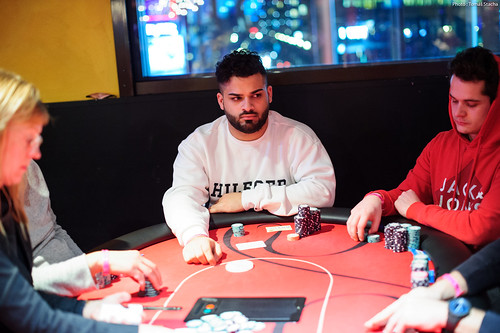 Gediminas Uselis first to go, failing to spin up after starting at the back of the pack. The Lithuanian managed to lock up slightly more in bounty value than he did from the main prize pool, walking away $15,250 richer as a result. The live stream kicked off at this point and it was action central from the start, with three eliminations in the first three hands alone.

Hand one on the stream saw Robert Svedin get it in with pocket-rockets from the big blind after David Lopez Llacer tried to apply pressure by jamming all-in with nine-six offsuit from the small blind. By the river, Lopez Llacer had made a straight to bring Svedin’s hopes to a brutal end. He took away a total prize of $16,806 for his efforts. Meanwhile, Lopez Llacer moved into the lead.

The next hand went a similar way for Jeroen Van Dijck. Armin Rezaei was dealt nine-eight suited on the button, and he set the two opponents in the blinds all-in. The Dutchman elected to call with ace-queen, but by the turn, marginal underdog Rezaei had completed a queen-high straight flush. Van Dijck collected $17,224 in total prizes. Rezaei simultaneously reclaimed the top spot.

Moving on to hand three of the live stream and it was Aliaksei Boika’s ($25,260) turn to go all-in. The Belarussian ripped 17 big blinds in with big slick, after an open from Lopez Llacer who had pocket-nines. It was a lowball runout sending the chips over to Lopez Llacer who took back the chip lead but, as it turned out, not for long.

Benjamin Chalot was one of the biggest names in the final, having won more than $2.2 million under his screen name “frenchsniperrr” when he took down the Millions Online in 2019. Despite starting third in chips, he couldn’t progress past fifth place. After the excitement of the first few hands, it took more than an hour for the next elimination to occur. Chalot ($28,453 ) opened with a pair of ladies, and Rezaei was playing ace-jack on the button. Easily covering Chalot and both players in the blinds he opted to go all-in and binked an ace to lock up the hand.

That turned out to be a tournament defining moment for Rezaei who had now created a huge amount of distance between himself in first place and the rest of the field – a position from which he would not look back.

WPTDS Champion Duff Charette couldn’t quite manage to add a WPT500 title to his resume, after coming unstuck in fourth place. The Canadian banked $37,306 after getting his last eight big blinds in with ten-nine suited and finding no help from the board against Rezaei’s ace-four suited.

Gustavo Mastelotto had put in a strong performance throughout, utilising a couple of spots to keep him in the game earlier in the evening. With no place to hide now they were three-handed, he three-bet 16 big blinds all in with king-jack over Rezaei’s min-raise. The eventual champion called with ace-nine and with neither player connecting on the board, his high-card ace played. 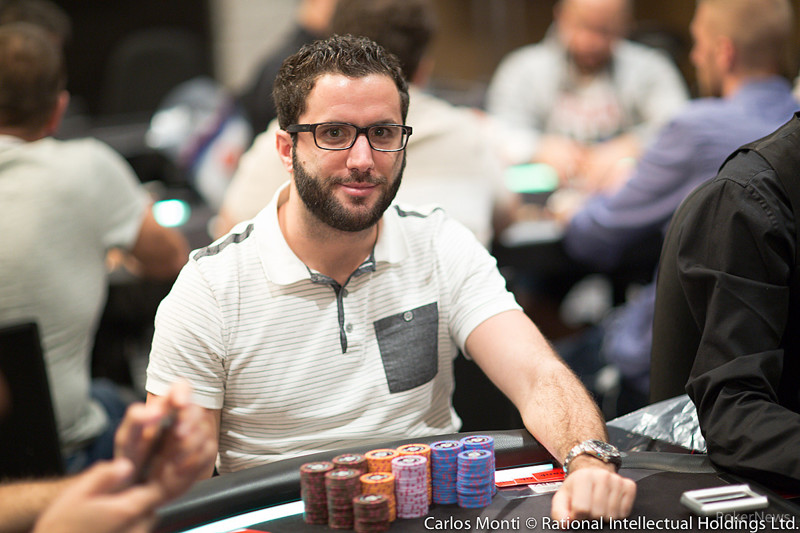 The heads-up line up had been decided and the two biggest stacks at the start were still in. Rezaei had almost a 3:1 lead at this point, and Lopez Llacer managed to claw back some of the deficit at one point, but his hopes of going the distance were short-lived, after he lost a big pot with king-queen and a flopped two pair against Rezaei’s pocket-kings that had flopped a set. The Austrian now had a 10:1 lead, and it was all over the next hand when Lopez Llacer jammed 11 bigs with ten-four suited and ran into Rezaei’s ace-jack suited.

Lopez Llacer was the first player to collect a six-figure sum for his efforts, and the Spaniard has increased his bankroll by $101,523 as a result of that runner-up finish. Congratulations to him, and of course to the WPT500 Knockout Champion Armin Rezaei who takes home a huge $139,970, plus the trophy and a lifetime of bragging rights to accompany it.

The ‘mini’ version of the WPT500 Knockout saw an enormous 9,046 entries in total, creating a final prize pool of $452,300 – certainly not to be sniffed at for a modest $55 buy-in. A huge portion of it was still up for the taking when the 28 finalists returned to do battle in the last phase of the competition.

This time the in the top two positions at the start of the day would ultimately trade places, with start-of-the-day chip leader Peter Lynge Jensen conceding defeat to Floyd Rosner. The Dutchman came into the final with the biggest bounty collected to date and he did nothing but build on that with an enormous $17,294 accrued by the end. That gave him a total prize of $40,852. 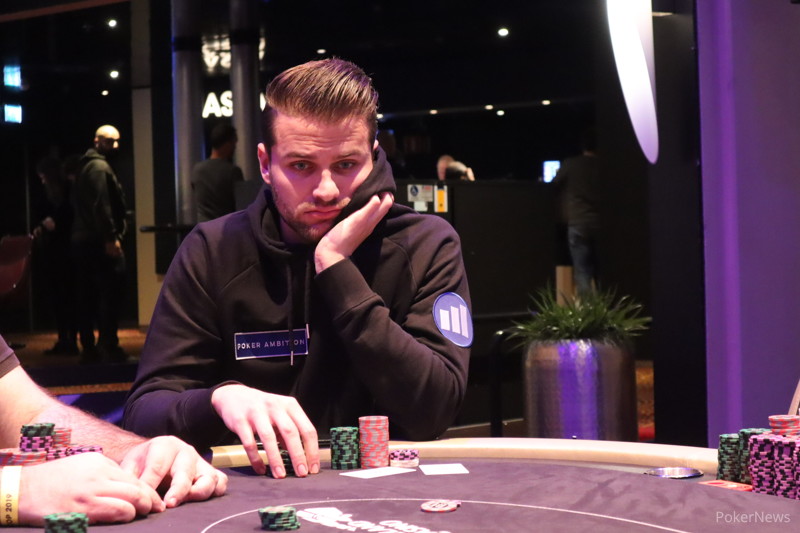 It wasn’t bad news for Jensen though. The Dane’s deep run was worth $25,429 – an amount equivalent to the cost of entering $55 events 462 times in the future.

The Super50 Knockout took three hours longer to play out, with a runtime of five and a half hours. Tomás Gomes De Mello managed to stick around for most of that, finishing in third place for a total of $17,183. Radoslav Chernev ($$10,391) and Domenico Davide Lando ($$9,094) took the last top five positions, with the latter the last person to go away with less than a five-figure score.

Ax De Castro, had begun fifth in chips but came off the rails in 10th place and bubbling a final table seat. He can console himself with $3,404 in total prizes. His countryman Lucas Frazão ($991 including $345 in bounties) was the first to bust, starting the day in 28th place and failing to spin up his 10 big blind stack.

The final event of the series saw the festival go out with a bang. The 6-Max Turbo Knockout event offered plenty of fun and action to complete the series and that was reflected with yet another guarantee surpassed. This time, 113 players (including re-entries) stumped up $530 to play, which meant $53,500 in the pot at the close of late reg.

It took four and a half hours to complete, and Vitor Abreu went all the way after taking out the last obstacle in his way – runner-up finisher Adam Devine. The Portuguese won a total haul of $15,967 and that number was significantly boosted by the five-figure bounty collected. Meanwhile, the Brit’s cash was worth $7,119 for reaching second place. 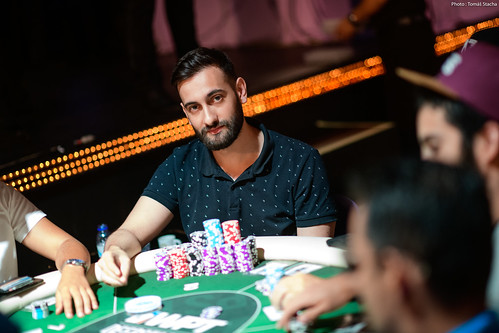 partypoker’s Kristen Bicknell took bronze and $4,566, Vladislav Martynenko won $4,382 for fourth, while Anthony Elliott scooped $2,959 for fifth. Mariusz Golinski finished in 6th place for $1,764, and WPT500 final tablist Stoyan Kitanov made another final table of the series and was first to be eliminated in 7th place.

Other notable players were Luigi Andrea Shehadeh who bubbled the FT and won $2,188 including $1,250 in bounties, and Andres Korn who bubbled the event overall after busting in 18th place and unfortunately leaving with nothing.

That concludes the coverage for this fantastic online series. We do hope you have enjoyed tuning in. WPT and partypoker will be collaborating again very soon, and all news will be posted here so keep checking in here to find out more.