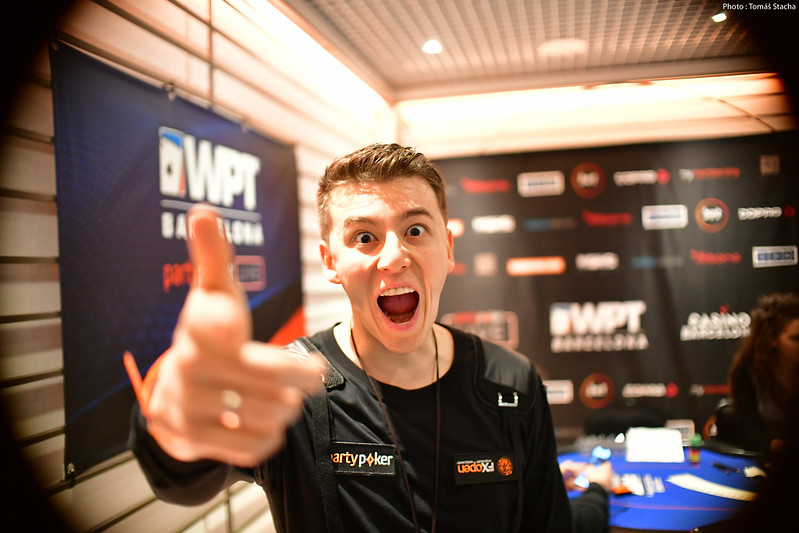 With his trademark fashion sense and famous side splits, Russian pro Anatoly Filatov is known for his flair both on and off the poker tables. Filatov’s beginnings were humble, grinding micro stakes in the early stages of his career and climbing his way through the ranks until a few years later, he won Poker Listings’ Most Inspiring Player award in 2015.

Filatov hasn’t looked back from there and even had his most successful year to date in 2019 with his first seven-figure result banked (a cool $1,009,279), as well as a slew of six-figure cashes to accompany it. Those achievements combined have led to Filatov’s rise into 8th place on Russia’s all-time money list with over $5 million in live tournament results.

It seemed inevitable that Filatov would join with one of poker’s major brands, and in April 2017 he did just that, becoming a partypoker sponsored pro. Playing both live and online (his online winnings are almost $5.8 million according to pocket fives), Filatov has a wealth of experience to draw on and has kindly put together a few Mix-Max and PKO tips to help you with your game.

I don’t think that mix-max format of tournaments really affects your game. However, you do just need to consider when it switches.

Playing 8-Max is a little bit of a different format, because you play early positions more solid. You just have to understand your range in this format and follow the strategy. When it goes to 6-max, the games become a lot more loose, so you have to adjust your play and take in to account the fact that variance will be higher.

There’s also the ICM factor in the later stages of 6-max to consider. This means that winning chips is less important that “not losing.” This will also affect your game plan, with more pot control and less bluff catching.

In Bounty Hunter tournaments the strategy is a little bit different. The ICM factor isn’t that big, because winning chips gives you more of a chance to win more bounties in the future. That means that you can follow more chip EV strategy, especially if you cover your opponent. However, you also have to realize how to adjust your range if you are short-stacked when your opponents would try to gamble to win your bounty by chip EV calling. Usually, you have to play less hands with a shorter stack as your opponents would try to catch you. If you stick to this, your good EV hands will be paid.

When it comes to the final table in high buy-in tourneys, players are very solid and usually, the game is just like a standard tournament with big pay jumps. However, if you see a huge bounty stack going all in, you have to analyze his range correctly and make the right decision of when to gamble and when to fold.

Well there you have it, and with the historic WPT World Online Championships running now until mid-September on partypoker, there isn’t a better time to try and put this information into practice!